Bedwetting: What causes it? 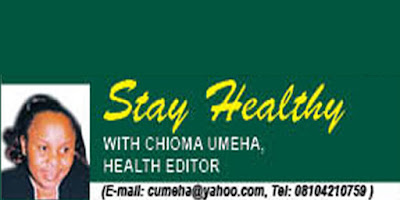 It’s a myth that laziness causes bedwetting. Millions of children wet the bed – but why? And how can you help?

“I call it the hidden problem of childhood,” says Howard Bennett, MD, a paediatrician and author of Waking Up Dry: A Guide to Help Children Overcome Bedwetting. “Unlike asthma or allergies, it’s just not talked about outside the house.”

Bedwetting: The secret problem
That secrecy about bedwetting makes the situation tougher for kids and parents alike. “Ninety percent of kids think they’re the only ones who wet the bed, which makes them feel even worse,” says Bennett.
Yet bed-wetting children are far from alone. Though children naturally gain bladder control at night, they do so at different ages. From 5 to 7 million kids wet the bed some or most nights — with twice as many boys wetting their bed as girls. After age 5, about 15% of children continue to wet the bed, and by age 10, 95% of children are dry at night.

Wet beds leave bad feelings all around. Frustrated parents sometimes conclude a child is wetting the bed out of laziness. Kids worry there’s something wrong with them — especially when teasing siblings chime in. Fear of wetting the bed at a friend’s sleepover can create social awkwardness.
For some, bedwetting may be an inevitable part of growing up, but it doesn’t have to be traumatic. Understanding bed-wetting’s causes is the first step to dealing with this common childhood problem.

The bedwetting gene
There’s no one single cause of bed-wetting, but if you want an easy target, look no farther than your own DNA.
“The majority of bedwetting is inherited,” says Bennett. “For three out of four kids, either a parent or a first-degree relative also wet the bed in childhood.”

Scientists have even located some of the specific genes that lead to delayed night-time bladder control. (For the record, they are on chromosome 13, 12, and 8.)
“Most parents who had the same problem communicate it to their kids, which is good,” suggested Bennett. “It helps a kid understand, I’m not alone, it is not my fault.”

The usual bedwetting suspects
Yet genetics only tells part of the story. Researchers have identified a number of factors that likely contribute to bedwetting. “All of these are debated, but each probably plays a role in some children,” said Bennett, including:


This story was published in Newswatch Times on August 15, 2015.
http://www.mynewswatchtimesng.com/bedwetting-what-causes-it/
Posted by Chioma Umeha at 02:05