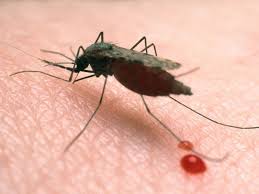 By  Chioma Umeha
The African Leaders Malaria Alliance (ALMA), a coalition of 49 African Heads of State and Government, said it had provided no fewer than 659 million insecticide-treated mosquito nets for prevention and control interventions for malaria in Africa.
This was contained in a statement issued by Joy Phumaphi, Executive Secretary, ALMA, and made available to reporters on Saturday, in Abuja.
ALMA is a coalition of 49 African heads of state and government working across country and regional borders to achieve a malaria-free Africa by 2030.
Phumaphi says that the programme, which was supported by the Global Fund, designed and implemented by local experts, had saved 20 million lives and was on track to save 22 million lives in the continent at the end of 2016.
“The number of deaths caused by malaria declined by 50 per cent in the countries where the Global Fund invested between 2000 and 2015 and with continued support, 21 countries could eliminate malaria by 2020.
“In Africa specifically, malaria mortality rates have fallen by 66 per cent among all age groups and by 71 per cent among children under five years since 2000,’’ she states.
Phumaphi adds that malaria had remained one of the top causes of morbidity in pregnant women and mortality in children under five years, adding that it was the reason for the renewed effort to achieve a malaria-free world.
According to her, the programme also averted no fewer than 146 million new infections of HIV, Tuberculosis and Malaria since 2012 in more than 100 countries.
She says that at the Global Fund replenishment conference, leaders from around the world reaffirmed their commitment to the organisation to fight the diseases and end their scourge.