Buhari Launches Campaign to End Violence against Children by 2030 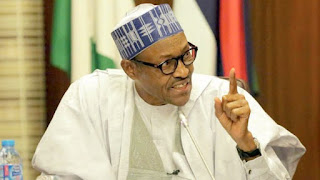 President Muhammadu Buhari on Tuesday launched a campaign tagged “End Violence Against Children by 2030,” a move that will check cases of violence against the young ones.
The campaign, which was launched at the State House Conference Centre, is an ambitious programme geared towards bringing to an end violence perpetuated against women and children.
According to UNICEF, “Millions of children suffer some form of physical, emotional or sexual violence every year in Nigeria.”
A survey carried out last year by the National Population Commission, with support from UNICEF and the US Centers for Disease Control and Prevention, revealed that approximately 6 out of 10 Nigerian children experience one of these forms of violence before they reach 18.
Represented by the Secretary to the Government of the Federation, Babachir Lawal, Buhari said:  “I say to children in Nigeria – on this historic day, we make a pledge. We commit to protecting each and every one of you from violence.
“The Year of Action has created a wonderful momentum to end violence against children. We have a clear moral, legal and economic imperative and a global obligation to take action to end the suffering of children who live under the shadow of violence.”
The 2030 End Violence Against Children Campaign, supported by UNICEF and USAID, builds and expands on the success of just-ended Year of Action to End Violence Against Children, launched by the President in September 2015.