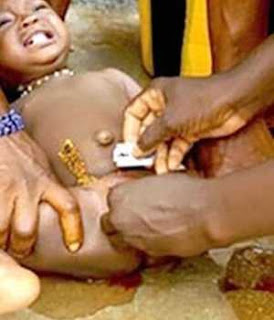 By Chioma Umeha
The UN Population Fund (UNFPA) has launched the 2016 State of the World Population Report (SWOP) in Nigeria and appealed for more investment in girl child to enable them harness their potentials.
Mrs. Beatrice Mutali, Deputy Regional Director, UNFPA, made the call at the public presentation of the report in Abuja on Tuesday.
The 2016 SWOP report was titled: “10: How our future depends on a girl at this decisive age’’.
Mutali said that forced marriage, child labour, female genital mutilation and other harmful practices undermine girls’ health and rights, and also threaten the world’s ambitious development agenda.
According to her, the harmful practice starts at age 10 and it prevents them from realising their full potential at adult stage and contribution to the development of their communities.
“Without the contribution of this important segment of the society, the United Nations Agenda 2030 for Sustainable Development and its accompanying 17 Sustainable Development Goals may never be achieved.’’
Angele Dikongue-Atangana, UN Resident Coordinator and UN High Commissioner for Refugees, also appealed to the National Assembly to consider and adopt law to ban child marriage in Nigeria.
Dikongue-Atangana also called for advocacy to ensure that the law to that effect was passed and implemented.
She added that the partnership between UN system and other partners was necessary to ensure that the girl child was set free from the menace of early marriage, threatening their lives.
Mr Eze Duruiheoma, Chairman, National Population Commission, said the report was a constant reminder that population related issues constitutes the bedrock of development.
The chairman, who was represented by Alhaji Yusuf Anka, a commissioner representing Zamfara in the commission, said the theme was within the context of Nigeria’s quest for development.
“Ten is a pivotal age for girls everywhere, as it marks the onset of puberty,’’ he said.
He said globally there were about 65 million 10 year old girls, nine out of 10-year-old girls live in developing countries and one in five lives in a least developed country.
He added that data from the 2006 population and housing census indicated that Nigeria’s 10-year-old girls was 1,763,122, and by 2016 the teenage girls population would increase to 2,374,900.
The chairman said the conditions of the 10-year-old girls and other teenage girls were not better and the burdens they carry were not lighter.
He therefore called for effective implementation of the Child Right Act and its domestication by state governments to improve the welfare of Nigerian children.
Prof. Oladapo Ladipo, President, Association for Reproductive and Family Health, said early marriage and childbirth which was partly responsible for girls dropping out of school must be discouraged.
Ladipo added that government officials must speak up, join the advocacy and do everything within their powers to discourage and legislatively ban early marriage.
“Education for girls and boys must be free to secondary school level with increased focus and support for the girl child,’’ he said.