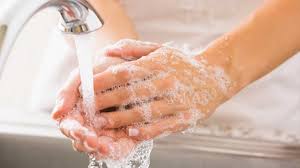 By Chioma Umeha
IDONGESIT ASHAMERI
UYO
Two of the common causes of child mortality in rural communities in Africa, Nigeria, the Niger Delta Region and Akwa Ibom State inclusive, are diarrhea and pneumonia.
According to the Centre for Disease Control and Prevention, these avoidable diseases had been responsible for a yearly mortality rate of about 1.8 million for children under the age of five, especially in rural communities without primary healthcare facilities.
In some rural communities with functional health care facilities, the highest number of in-patients is children plagued with either diarrhea or pneumonia. Some of the children, according to medical personnel, arrived the clinic already too weak with very slim chances of survival.
As deadly as the diseases might be, their preventions are simple and extremely affordable for all classes of persons, irrespective of community, social status and levels of education, as these can simply be prevented by hand washing with soap or ashes and running water to avoid contact with germs.
It therefore became necessary for a global advocacy to increase awareness and understanding of the importance of hand washing with soap and running water, as easy, effective and affordable way to prevent diseases and save lives.
First celebrated on October 15, 2008 in over 70 countries across the world, the Global Hand Washing Day has within the past eight years gained accelerated momentum, spread and acceptance as over 200 million people the world over have embraced the programme and made it a yearly event.
The programme sponsored by European Union (EU)/UNICEF was intended to foster and support a global and local culture of hand washing with soap; shine a spotlight on the state of hand washing around the world; raise awareness about the benefits of hand washing with soap; and assist in the control and prevention of diseases and conditions caused by failure to wash hands with soap and running water.
Targeted at schools across the Niger Delta Region, the programme seeks to assist primary school pupils in rural communities to fight diarrhea and pneumonia through a simple routine hand washing at critical times such as after using the toilet or before contact with food.
To assist communities and schools without running water to still maintain the culture of consistent hand washing, pupils from the two pilot schools in Akwa Ibom State have been enlightened on how to construct and carry out group hand washing using Tippy Taps methods.
Celebrating the 2016 Global Hand Washing Day in the two pilot local government areas, Obot Akara and Nsit Akara, with the theme, “Make Hand Washing a Habit,” Elder Effiong Essien, the General Manager of Akwa Ibom Rural Water and Sanitation Agency (AK-RUWATSAN), the facilitating agency in Akwa Ibom State, said for the theme of this year’s celebration to be effective, hand washing must be practised consistently at critical times as already established.
He said, “For hand washing to be effective, it must be practised consistently at critical times such as after using the toilet or before contact with food. While habits must be developed over time, this theme emphasises the importance of hand washing as a ritual behaviour for long-term sustainability.
“Keeping hands clean is one of the most important steps we can take to avoid getting sick and spreading germs to others. Many diseases and conditions are spread by not washing hands with soap and water.”
Essien hinted that the two benefiting local government areas – Obot Akara and Nsit Atai – have since 2013 enjoyed support through AK-RUWATSAN towards the provision of safe and sustainable water, sanitation and hygiene (WASH) from the Niger Delta Support programme under the assistance of European Union (EU)/UNICEF.
He therefore called on pupils, teachers, parents and indeed the entire public to arise and make hand washing with soap and water an ingrained habit to remove germs, prevent diseases and ensure that Akwa Ibom people are healthy to contribute to the development of the state and nation at large.
Speaking on the occasion, Mrs Cecilia Imadu, the facilitator for Obot Akara Local Government Area, said the programme was intended to promote healthy hygiene among school pupils with a view to reducing outbreak of germs-related diseases among school children, who are in turn are expected to take such healthy habit into the communities they belong.
Speaking on behalf of participating schools, Mr. Sunday Asuquo Idem, Head Teacher of Sacred Heart Primary School, Ikwen, Obot Akara Local Government Area, applauded the initiators, sponsors and facilitators of ?the programme and acknowledged that its implementation in schools within the communities had to a very great extent reduced outbreak of diarrhea among children of school age.
The teachers unanimously pledged to continue to instill the hand washing habit among school pupils as deliberate measure to promote healthy living among the children and communities?.
The highpoint of the celebration was demonstration of hand washing by Elder Effiong Essien, the General Manager, AK-RUWATSAN, teachers, stakeholders in the communities and pupils of select schools across the benefiting local government areas.