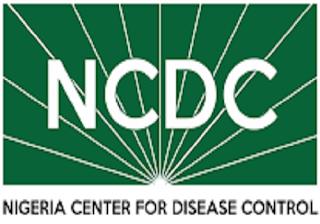 The State Centre for Disease Control across the country has been urged to re-launch efforts towards stronger disease surveillance so as to be proactive against infectious diseases.
Giving this charge at the weekend was the Nigeria Centre for Disease Control (NCDC) following the conclusion of its second Annual Surveillance Review Meeting, held at the Nike Lake Resort Hotel in Enugu State.
According to NCDC, this year’s edition of the Annual Surveillance Review Meeting provided the opportunity for scientists at the frontline of disease surveillance in Africa’s most populous country to interact with one another.
It was also to obtain feedback on their work at state level and the attendant impact.
The first edition of the meeting held in Ibadan, Oyo State in 2016 where all states participants – State Epidemiologists and Disease Surveillance and Notification Officers – were charged with carrying out surveillance-related reforms in their respective states.
“The year’s edition therefore served as an opportune time to review, reinvigorate and re-launch efforts towards stronger disease surveillance in Nigeria. States took turns in providing an update on activities carried out in the previous year, showcasing accomplishments and challenges.”
They also shared the results of their individual SWOT analyses, which served as a framework for state-focused national planning for the current year, the centre said.
Delivering the keynote speech, Prof. Eze Okoli stressed on the concept of ‘One Health’ with particular emphasis on how colleagues in animal and human health had successfully worked together in the past to address important health issues of the day.
He explained why this has now been recognized as the way forward for the future for health care delivery and research which aims to deliver a healthier world.
“Sessions ended with state-led presentations on strategies and next steps; these were compiled in a communiqué that was disseminated at the meeting. Worthy of note is the strong need for state level advocacy towards robust support for surveillance by state governments across Nigeria. Participants also agreed to take ownership of surveillance activities in their respective states, with acknowledgement of the need for sustainable support of partners.”
The Director of Surveillance of NCDC, Olubunmi Ojo said: “The success achieved at the meeting was as a result ofthe dedication of participants from states, and the generous support of our partners.”