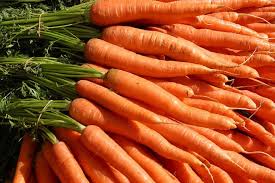 There were more than 1.56 million cases of diabetes in Nigeria in 2015, according to Central Intelligence Agency (CIA) World Fact Book. Coming down with a diabetes diagnosis could be devastating.
Nigeria is also one of the 32 countries of the International Diabetes Federation (IDF) African region. Out of 415 million people who have diabetes in the world, more than 14 million people are in the African region and by 2040 this figure will more than double.
According to the Centers for Disease Control and Prevention, diabetes is the seventh leading cause of death in the U.S. But what exactly is diabetes?
Diabetes Research explains that diabetes is a metabolic disease that causes the body to produce too little insulin. Insulin allows the glucose, or sugar, from the foods that you eat to enter your cells to use as energy, but diabetics don’t have enough insulin to make this happen.
This means the sugars stay in your blood, and your body doesn’t have the energy necessary to complete daily functions. In the case of type 1 diabetes, many people are born with it, but type 2 results from poor eating habits and a sedentary lifestyle. By adding the following six foods to your meals you can lower your risk of diabetes, according to research.
Whole grains
There is evidence to suggest that whole grains can protect you from diabetes, whereas refined carbohydrates, like those you would find in white bread, can increase your risk, explains Harvard’s School of Public Health.
The fibre and bran found in whole grains make it harder for your digestive system to break down the grains into glucose. Because this process is more difficult, your blood sugar and insulin are increased very slowly, putting less stress on the body.
White breads and rice cause large spikes in blood sugar when they are consumed, which can increase your risk for diabetes. Choosing whole grains that have a low glycemic load can decrease your risk of diabetes dramatically.
Carrots
The colour of carrots is a key indicator that they are rich in carotenoids, which are antioxidants that may help prevent diabetes according to a study. Research from the University of Minnesota School of Public Health found, out of 4,500 people tested over a 15-year span, those who had the highest levels of carotenoids in their blood cut their diabetes risk in half.
Green leafy vegetables
Some of the most nutritious vegetables are ones that are dark, green, and leafy, so if you haven’t begun adding spinach and kale to your meals now, it may be time to start. Similarly, another study reported that consuming large amounts of leafy green vegetables is associated with a lowered risk of developing type 2 diabetes. The studies found that greater intake of such produce resulted in a 14 per cent decrease in the risk of type 2 diabetes. If you don’t love leafy greens, you could even go for broccoli or cauliflower as a substitute.
Blueberries
There is good news for fruit lovers and those who occasionally crave foods on the sweeter side – blueberries are fantastic for diabetes prevention. Research has explained that blueberries have both insoluble and soluble fiber that help with blood sugar control and lowering blood glucose levels. There are also anthocyanins in blueberries, which are natural chemicals that work to shrink fat cells. These anthocyanins play an important role in releasing a hormone that helps regulate blood glucose levels, too. An increase of this hormone can help keep your blood sugar from spiking.
Sunflower seeds
They are delicious as a snack or sprinkled over a salad, and sunflower seeds are also very beneficial in the fight against diabetes. According to research, sunflower seeds are a great source of copper, vitamin E, selenium, magnesium, and zinc, and their fat content is also helpful in preventing diabetes. Sunflower seeds are high in polyunsaturated fat, and researchers believe this healthy fat can combat diabetes. As for the minerals, the magnesium present in this small seed has also been shown to help control blood sugar levels.
Beans
Not only are beans versatile enough to put in your breakfasts, lunches, and dinners, they are also great for managing and preventing diabetes. The Bean Institute explains that legumes are rich in complex carbohydrates, fiber, and protein, making them low on the glycemic index. Because they digest slowly in your system, your blood sugar stays stable.