…It’s Now A Health Challenge –WHO 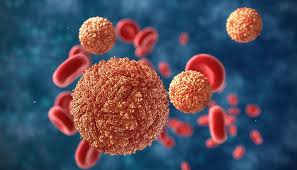 The mosquito-borne Zika virus is no longer an international public health emergency, the World Health Organisation (WHO) has declared.
But in lifting the nine-month declaration, the United Nations (UN) agency weekend added that the infection remains a “significant and enduring public health challenge.”
The infection has been linked to birth defects in almost 30 countries, including microcephaly, where babies are born with abnormally small heads and restricted brain development.
A ‘public health emergency of international concern’ was declared in February this year after outbreaks of the virus in Brazil.
Dr David Heymann, chair of the Zika emergency committee, said it “led the world to an urgent and coordinated response”, during a press conference following a meeting of international experts.
“The response has provided a clear understanding that Zika virus infection and associated consequences represent a highly significant and a long-term problem,” he said.
“The committee agreed Zika must now be managed within the WHO as are other very important infectious diseases and other threats.”
Dr Pete Salama, executive director of the WHO’s health emergencies programme, said Zika had spread geographically and there was an ongoing risk to countries with Aedes mosquitoes, which spread the virus.
Dr Heymann said: “The Zika virus and associated complications remain a significant and enduring public health challenge, requiring intense action within WHO, but it no longer represents a public health emergency of international concern.
“It means the WHO will now consider this a high priority within its activities and will also establish a technical advisory group, which will take over the activities that have been done by the emergency committee.”
Dr Salama added: “The director-general has accepted the recommendations of the emergency committee and declared an end to the public health emergency of international concern.”