By Independent
Women of child-bearing age residing at Bariga and Yaba areas of Lagos State recently demonstrated their appreciation of family planning campaign by turning up in their numbers at Primary Healthcare Centres in Oloja and Alli-Daodu areas of the state to enjoy the service. 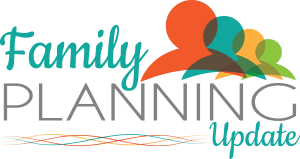 The Oloja PHC in Bariga, Shomolu Local Government Area of Lagos was a beehive of activities as nursing mothers and youths thronged the area for consultations.
It was a Herculean task before INDEPENDENT could get a chance to speak to Mrs. Awodeyi Olubukola, Senior Nursing Sister, on the development.
Sekinat Abdulazeez, a breastfeeding mother of a three-month-old baby said that she and her husband having realized the advantages of family planning decided to out their children.
However, more important to her was that she does not want to lose her husband to other women outside and so she embraced family planning to enable her attend to the needs of her husband at all times.
Mrs. Bioku Grace, the Chief Nursing Officer at Alli-Daodu PHC, expressed happiness for the renewed interest in family planning, attributing it to the attitudinal change among the people due to the current sensitization programme of the the Lagos State government and the facelift being accorded the clinic by the Nigerian Urban Reproductive Health Initiative (NURHI).
Mrs. Bioku explained that the new impetus experience this year 2017 was the first of its kind in many years.
Exuding with joy, she said, when I came here in May 2016 and the turnout of clients was so low that  they hardly have up to four mothers in a month. However, with the turn of events, they now have as many as 30 clients per month.
Furthermore, she explained that 225 clients were attended to in the first seven months of this year, and still optimistic that the number would increase tremendously before year-end.
The Chief Nursing Officer however explained that some of her clients do have challenges after commencing the family planning programme. But with her patience in listening to their complaints, she was able to address some of them.
“I always give them my phone number to call me anytime they have issues. For instance, one of my clients on family planning method complained of bleeding and would not want to continue.  But when she came to my office, I counseled her and prescribed some drugs for her, she became all right.
“I usually tell them that two things might happen when they use family planning; it is either they see their menses or not, and because the method is strange in their body, it will either react positively or negatively and whichever way, they should come back within the time their body would be able to  adjust to it,” she explained.
She told our correspondent that her clients are within the age bracket of 25 to 35 years old of which if they don’t have access they are likely to have unplanned children.
Mrs. Awodeyi Olubukola, a Senior Nursing Sister at Oloja PHC in Bariga Shomolu, Lagos, explained that her centre render 24-hour service and that the renovation of the centre was a good omen as some of them appreciate the neatness of the clinic.
“Before, the turnout was like 25 per cent but since NURHI intervention it has increased to about 60 percent. This year alone, we have attended to about 285 clients.
She said, “We are in August and before the end of this year we are expecting like 1,000 clients and kudos to the community mobilisers. They are doing a fantastic job because the number of people that come with referral cards is enormous.”
Olubukola however noted that the present economic situation was their major reason for taking up family planning.
She said that most of her clients go for the implant method because some of them already have four or five children and don’t want to make any mistake.
“Most of them complain of bleeding because they will bleed more than normal and once I give them pills, the bleeding would stop and continue to enjoy their sexual life,” she said.
Mrs. Aminat Adamu, 28, who accompanied her friend to access family planning  services at the  Alli-Daodu PHC in Abule Ijesha, Yaba Local Council Development Area, told our correspondent that she had single-handedly introduced 12 of her friends to the centre to access the services.
Aminat told INDEPENDENT that she got married before she was 20 and had four children.
She said, “After my fourth child, I sat down and analysed my life because to care for my children, do house work and also carried out my business activities, I realised the need for family planning to stay alive.”
“Were it not for family planning perhaps I would not be alive today. I always take my time to explain to some of my friends that got married early with about four to six children now, about the need to take up family planning.”
Aminat explained that just as she discussed with her husband before accessing the family planning service, she does encourage other women to do same.
“Some of the women I introduced to family planning have also introduced others. You know we can’t tell our husbands not to have sex with us because we are afraid of getting pregnant and having unplanned children, so the available option is prevention of unwanted pregnancy.”
Another woman, Shade Adesida, 35, who had also embraced family planning had been placed on contraceptive injection. Shade has four children and her last born was five years old.
She told INDEPENDENT that she and her spouse utilised the withdrawal method before the social mobilisation sensitised them about different methods and benefits of family planning.
“Since I have been using injection method about a year now, I have had no issues and my husband is happy with me because we don’t plan to have children again and family planning is helping us to achieve such determination.”
Shade who vowed that she would not stop using a reliable family planning method, said that she has successfully introduced four of her friends to the service.