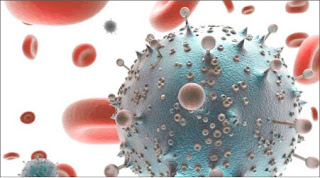 Experts have stressed the need for the Federal Government to restore free baseline evaluations, noting that this will promote effective access to Antiretroviral (ARV) drugs for People Living With HIV (PLWH).
Some of the experts who spoke were those from the National AIDS/STI Control Programme (NASCAP).
They were making presentations at the opening of a two-day communication strategic review workshop by Journalists Alliance for Prevention of Mother to Child transmission of HIV (JAPiN) in Lagos state, recently.
According to them, the goals of the initial evaluation are to confirm the diagnosis of HIV infection, obtain appropriate baseline historical and laboratory data, ensure PLWH understanding about HIV infection and its transmission.
Others are to initiate care as recommended in HIV primary care guidelines and guidelines for prevention and treatment of HIV-associated opportunistic infections.
Research has shown that every HIV-infected person entering into care should have a complete medical history, physical examination, and laboratory evaluation and should be counseled regarding the implications of HIV infection.
The experts further said that the initial evaluation also should include introductory discussion on the benefits of antiretroviral therapy (ART) for the PLWH health and to prevent HIV transmission.
According to them, “Baseline information then can be used to define management goals and plans.
“In the case of previously treated PLWH who present for an initial evaluation with a new health care provider, it is critical to obtain a complete antiretroviral (ARV) history – including drug resistance testing results, if available, preferably through the review of past medical records.
“Newly diagnosed persons  living with HIV should also be asked about any prior use of ARV agents for prevention of HIV infection.”
They reasoned that  many of the PLWH cannot  afford  cost  of transportation more so  the charges  for baseline investigations which is  between  N5,000  and N6,000.
The experts therefore urged the Federal Government and donors, specifically the U.S. President’s Emergency Plan for AIDS Relief (PEPFAR) to make baseline investigations for HIV free.
“Nigerian government and the US PEPFAR   should look into the idea of bringing back free baseline investigations before starting new PLWH on ARV drugs. Many of them cannot afford cost of transportation talk less of paying for baseline investigations that amount to about N5,000  and N6,000,” NASCAP said.
According to the experts, one of the reasons new Persons Living With HIV do not start ART is due to lack of fund for the payment of baseline investigations.
Corroborating these views, Dr. Sunday Aboje, National Coordinator, National AIDS/STI Control Programme (NASCAP), in a related development said that baseline investigations and effectiveness of ARV drugs usage is critical to the elimination of Mother to Child transmission (eMTCT).
Aboje stated that currently, 380,000 children are HIV positive in the country and added that the country is committed to the goal of eliminating new HIV infections among children and keeping their mothers alive by 2020.
The National Coordinator, who spoke recently at JAPiN strategic meeting in Calabar, Cross River state was optimistic that there is a renewed hope of viral suppression that would provide the potency to stop further transmission as a prevention tool while prolonging the lives of the infected persons.
Dr Aboje, who was represented by Assistant Chief Scientific Officer of the agency, Taiwo Olakunle, stressed that free baseline investigations coupled with improved access of ARV drugs would fast-track the achievement of e-MTCT goals.
“The country has come a long way in its effort to control the HIV/AIDS epidemic, particularly in PMTCT. Beginning with the pioneer 11 PMTCT-provider tertiary health facilities in 2002, the country now has 7,265 health facilities providing PMTCT services at all levels of the health care system.”
Aboje, however, stated that Nigeria’s target on eliminating new HIV cases in children among other things for 2018 was to ensure 50 per cent of HIV-exposed children have access to HIV prophylaxis treatment and early infant diagnosis services.
He also identified inadequate political commitment, and funding at federal, state and LGA levels as well as weak health infrastructure as some challenges against eliminating new HIV cases in children. Prompt release of 100 percent budget for AIDS control, prevention, and treatment for the relevant Ministries, Departments and Agencies (MDAs) would make a difference in the lives of people living with the disease, Dr. Aboje stressed.
In a related development, Mrs. Kadiri Oluseyi, Executive Director, Centre for Positive Health Organisation, Lagos State under the platform of Abidjan – Lagos – Corridor, tasked government to increase funding for child HIV elimination programmes.
Oluseyi called on government to support People Living with HIV/AIDS (PLWHA), non-governmental organisations (NGOs) and partners working on HIV awareness in line with the global campaign for safer motherhood and HIV-free babies.
According to her, support from the government through increased funding and access to anti-retroviral (ARV) drugs will help to ameliorate the challenges of PLWHA, especially pregnant mothers and help in actualising the eMTCT of HIV.
Oluseyi spoke when members of Journalists Alliance for Prevention of Mother-To-Child Transmission of HIV in Nigeria (JAPiN), Lagos state Chapter made the special investigative visit to the office of Abidjan-Lagos Corridor Organisation, in Badagry General Hospital, Lagos, recently.