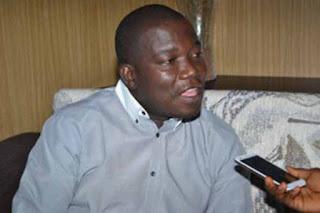 Albert Kelong Alkali is the outgoing Chairman of the Association of Community Pharmacists of Nigeria (ACPN). He is a Merit Award Winner of the Pharmaceutical Society of Nigeria (PSN) FCT, Abuja branch, a fellow of the West African Postgraduate College of Pharmacists and one-time chairman of the ACPN (FCT, Abuja). In this interview with CHIOMA UMEHA, this distinguished pharmacist shares his thoughts on sundry issues. Excerpts:

The Senate is currently working on two draft bills, the Drug Control Bill and the Mental Health Bill to deal decisively with the menace of drug abuse and misuse. What is your view about them?

We must commend the Senate for showing sensitivity and sensibility in the obvious menace. Recall that the PSN and its technical group especially the ACPN blazed the trail of consultations which signposted the development you are talking about. The initial visit to the Senate was followed up with a roundtable in Kano particularly because the menace appears to be malignant in the Northern region of the country where youths and women are substantially afflicted.
The challenge is directly traceable to the many defects associated with our drug distribution channels which encourage unlimited and easy access to all categories of drugs including Pharmacists Initiated Medicines (PIMS) and Prescription Only Medicines (POMs).

Ordinarily, the pragmatic and best feasible option is to appropriately regulate and control the various pharmaceutical premises, deal decisive blows on the plethora of unregistered pharmaceutical premises which are well over 2000,000 compared to the less than 6,000 pharmaceutical premises and 20,000 patent medicine vendor duly licensed by the PCN to legitimately handle what should normally be a professional endeavour.
Government must also strengthen regulatory procedures modulating the endeavours of NAFDAC and the NDLEA. The NAFDAC mandate dictates it must ensure circulation of safe drugs, water and other regulated products. How do NAFDAC, NDLEA and PCN cope with their respective mandates which normally should be restricted to less than 6,000 pharmaceutical premises and 20,000 medicine vendors, if field experiences confirm that almost two million unregistered premises exist today in our country?

In effect, if we legislate on the menace without redressing the fundamental dysfunctions in the distribution channels, it might just be another waste of time, resources and specialised personnel. The ACPN posits albeit very strongly that the way forward remains: Diligent implementation of the National Drug Distribution Guidelines (NDDG) with particular emphasis on the closing of existing drug markets on June 1, 2019 to pave way for the emergence of the Co-ordinated Wholesale Centres (CWCs) in Lagos, Onitsha, Aba and Kano.

The CWCs which would have PCN, NAFDAC and the police within have prospects of better regulation and control than had always been impossible in the existing market structure.

Government must breathe down heavily on the operators in the markets, as it is apparent some are still not ready for a paradigm shift. While the CWC structure is taking shape in Lagos and to a lesser extent in Onitsha, the same cannot be vouched for in Aba where operators appear dodgy and non-committal. Even the training schedule for operators has not been possible in Aba despite the January 1, 2019 deadline.

There is obvious paucity of funds associated with funding the regulatory activities of PCN, NAFDAC and NDLEA. Rather than spread lean and ineffective budgets on new bureaucracies, it might make a lot more sense to appropriate meaningful budgets to the existing regulatory agencies listed.

The Federal Government and state government must approve of special funding for the Federal and state task forces on fake and counterfeit drugs which remain the statutory and regulatory instrument to remove outright all structures and places where drug sales are prohibited in the country.
Government must also adequately enhance professionalism in the health sector through discouraging open-ended access to all cadres of drugs including potent ones with narrow therapeutic windows. This is best achieved through a prescription policy that limits a prescriber to prescription of drugs alone, while the dispenser is also confined to dispensing responsibilities solely. You will have observed glaring indiscipline even within the rank and file of health providers. Recently, veterinary doctors openly canvassed at the House of Representatives an act of parliament which allows them to open veterinary pharmacies as well as import veterinary drugs in Nigeria.

You know as much as I do that rational logic does not support this. It is also imperative to put on record that there are valid courts that have clarified that veterinary doctors cannot seek to regulate the practice of another profession which in this instance is a reference to pharmacy.

For the sake of clarity, global best practices dictate that licensed medical doctors, dentists and veterinary doctors are legitimate prescribers, while only pharmacists are duly charged with the responsibility of dispensing in Nigeria. Today in our statute book, this same position is entrenched in the Poisons and Pharmacy Act of the Federal Republic of Nigeria.

How then do you reconcile these positions with the decision of Professor Isaac Adewale, the Minister of Health, to impose a nationwide ban on codeine-based products in Nigeria?

We take a position that the decision was hasty, shallow and an attempt to play to the gallery. It was just an escapist mechanism that would ultimately aggravate the thriving impunity in the pharmaceutical sector. Codeine still has a place in therapy in the global arena. There are many other drugs that are perennially abused and so how many more of them would Adewole ban? In fact, there are so many abused substances that are not of drug aetiology including fumes from soak ways, super glue, paw-paw leaves etc, so are we going to decree them out of existence? Nobody solves a problem by running away from it, so our policy makers and government think-tank need more intellectually inclined approach in nation building.

My biggest worry in the ban of codeine products is that government may have unwittingly created a huge thriving black market for these banned items especially because of our track record of poor regulatory controls. The other dimension of that reckless decision is the propensity to de-motivate the struggling local pharmaceutical industry in terms of capacity utilisation. Other indices such as job losses will transcend into diminished Gross Domestic Products (DGP).

Recently, there was a nationwide strike by all health workers under the aegis of JOHESU/AHPA. What can be done to avoid such crippling strikes in future?

It is only one bold move which is to embrace global best practice in healthcare in an atmosphere that guarantees justice and fair play to all. It is as simple as that.

As a player, I am both sad and worried that government at the highest level chose to look the other way as Nigerians perished in substantial hundreds between two compromised doctor-ministers who decided to subvert a legitimate agreement between JOHESU and the Federal Government signed on September 30, 2017.

It was certainly the shame of a nation. Even state governments were responsive in that scenario as states like Lagos, Yobe, Edo and Kano gave approvals to the adjustment of the CONHESS scale in their respective domains.

Governor Akinwunmi Ambode also endorsed the consultancy cadre for pharmacists in the employment of the LASG. The Federal Government certainly has a lot to learn from the Lagos State government when it comes to the workability of structures in the health system.

What is the latest about the NHIS which potentially has a tendency to improve the health system?

We all continue to talk about Universal Health coverage without redressing the concomitants of procedures which militate against it. The two-fold deficiency of indiscriminate capitation of facilities including secondary and tertiary in our health system and implementation of global capitation at the expense of legitimate payment mechanisms are evils that have stalled the growth of Social Health Insurance in Nigeria.

As I have explained again and again, we must reckon with international best practices because healthcare is not indigenous to us.

You are exiting as chairman in a few weeks. What would you say are your achievements?

It is perceived as uncharitable by African standards to sing praises of yourself. We have however excelled in better relationship management with major health donors and partners.

We have worked tirelessly with PSN to improve professionalism in this country despite formidable odds. Our conferences have gone hi-tech and more scientific to the envy of our contemporaries I dare say.

One of the most enduring legacies of all time is that we shall bestow a new and befitting National Secretariat worth about N100 million to our successors when we exit.

I have no doubt our successors are ready to take the association to the next level and I will on this note wish them very well.