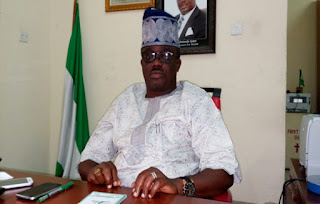 The Ogun State government through the Ministry of Health has vowed to eliminate the scourge of malaria that nearly kill 300, 000 Nigerians annually, especially the children and expectant women in the country.
Dr. Babatunde Ipaye, the state Commissioner for Health, made this pledge at the 2018 World Malaria Day Quiz Competition organised by the Ministry, held at NUT Hall, Kuto, Abeokuta, the Ogun State capital.
Ipaye, who spoke through his Media Aide, Miss. Lola Awolana, said that the competition was part of the continuous advocacy and behavioural change communication tends to improve knowledge and widen the scope of children on malaria transmission and how to prevent it.
“As you can see the competition now, it is just part of the continuous advocacy and behavioural change communication that will allow the secondary school students to have improved knowledge on malaria transmission and how to prevent malaria and become life advocacy of malaria intervention for their parents at home”, Ipaye said.
In the same vein, the Marketing Manager, West Africa and Senior Brand Manager of Reckitt Benckiser, Mrs. Tola Elatuyi and Mrs. Kuburat Sanusi, unanimously admitted that the malaria is a killer disease that need to roll back or fight back, adding that it was imperative to use Mortein Insecticidal raid or sleep inside the net to avoid being contacted by the malaria through the bite of female mosquito usually called (Anopheles).
They said that malaria remains a major public health problem in Nigeria, considering its high level prevalence, which leads to increase in maternal and morbidity rate, especially among the children and pregnant women in the country, noting that it was a collective responsibility to tackle the menace.
“As you can see now that malaria is killer disease that is more reason the government alone cannot shoulder the responsibility, it is me and you need to come together in eliminating malaria, Reckitt Benckiser is here today, it might be turn of another product that will come for such advocacy, but most importantly is to fight back malaria before its kill us,” they opined.
They appreciated the initiative of the state government for organising such competition, saying that it was good initiative in widening the scope of children especially in targeting the danger in mosquito biting that cause malaria, pledging their support and cooperation for the state government in eliminating malaria in the state.
In the competition, Itoki Grammar School, Ifo, Our Lady of Apostle, Ijebu-Ode and Muslim Grammar School, Imeko-Afon came first, second and third respectively.