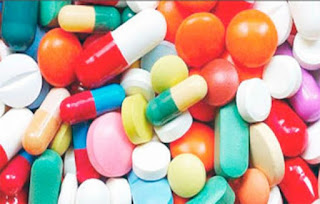 Pharmacists have raised an alarm on the dangers of recent rumours making rounds that fake drugs circulation in Nigeria has gone up to 70 per cent, saying, it undermines sectors’ moves to position Nigeria as African hub for pharmaceutical products.
Specifically, the pharmacists under the auspices of Association of Community Pharmacists of Nigeria (ACPN) have debunked the claims.
Specifically, the ACPN said it is reckless, displeasing and irresponsible to say that the fake drug incidence in Nigeria had increased to 70 per cent, instead of 17 per cent.
Speaking for the pharmacists was Samuel Adekola, Chairman, who also said that the claim is counterproductive to the efforts of the pharmaceutical industry to boost its contribution to the national Gross Domestic Product (GDP) and global perception.
Adekola noted that despite all efforts, the contribution of the pharmaceutical industry to national Gross Domestic Product (GDP) is still less than two per cent because of poor patronage locally and internationally.
He said; “At a time the PMG-MAN continues to project and position Nigeria to become a West African hub for the procurement of Made-in-Nigeria drugs nothing can be more destructive than this unfounded rumour which continues to resurrect despite all efforts to put issues in the right perspective.”
Adekola also said that the ACPN as veritable stakeholders, seriously warns propagandists that there must be a limit to mischief making because of the damaging consequences to the professional integrity of practising pharmacists, global rating of their regulators and of course the diminishing returns it constitutes to the pharmaceutical industry.
He alleged that a pharmacist whom the ACPN described as ‘an impostor’ had on Thursday, May 8, 2019 insinuated on a popular radio station programme that the incidence of drug faking in Nigeria had risen to 70 per cent.
Adekola in a recent statement jointly signed by Bose Idowu, the National Secretary of ACPN and made available to DAILY INDEPENDENT insisted that the information is not only false, but misleading.
The statement read; “The attention of ACPN had been drawn to recurring insinuations that the incidence of drug faking in Nigeria had risen to 70 per cent despite efforts of the National Agency for Food, Drug Administration and Control (NAFDAC), the Pharmacists Council of Nigeria (PCN), and other regulatory bodies to stem the tide of the unethical practice.”
The ACPN boss said; “This unfortunate and potentially dangerous act was taken to a climax on a popular radio station on Thursday May 8, 2019 when an impostor who claimed to be a Pharmacist corroborated the false claim in his submissions.”
The ACPN chairman also explained that it was sometimes in November, 2016 that the Country Director of a notable Management Firm erroneously circulated information that 70 per cent of drugs in circulation in Nigeria were faked.

This misrepresentation, he said, was quickly pointed out to the Country Director, adding that the Pharmaceutical Society of Nigeria (PSN), in well publicised articles, also debunked the claims in 2016 to instill confidence in consumers of health products in Nigeria.”
Adekola said that even in the worst of times, the incidence of faking was documented as 33 per cent in open markets in 1988 which rose to 49.6 percent according to a 1998 study.
He insisted that there are scientific proofs that indicated that there is a downward trend in the circulation of fake and substandard pharmaceutical products in the country.
Recall that in 2001, when the former DG of NAFDAC, late Prof Akunyili, came on board, many people were giving different figures of the level of fake drugs in the country. Some were saying 60 per cent, while others say 40 per cent.
The World Health Organisation (WHO) in 2005 with the collaboration of NAFDAC also carried out a joint baseline study on all categories of drugs which was sponsored by the WHO in Nigeria. The result of that national survey showed that the level of fake drugs in the country was in the neighbourhood of 16.7 per cent.
In 2012, NAFDAC then carried out a survey for all category of medicines using the Truscan nationwide and the outcome showed that the 16.7 per cent in 2005 has gone down to 6.4 per cent.
Also, a survey to determine the circulation of fake Anti-Malaria medicines alone also in 2012 by NAFDAC showed 19.6 per cent.
In 2014, another national survey on the circulation of fake Anti-Malaria by United States (US) Pharmacopeia was conducted and the result was 3.6 per cent.
“The most recognisable and acceptable studies in recent times puts the incidence of faking at 17 per cent which is still high compared to global average of less than two per cent. The initial submission of 70 per cent was actually a mutilation of the documented figure of 17 per cent,” the ACPN Chairman explained.
Commenting, Idowu, noted that her organisation recognises that even at an incidence rate of 17 percent, it is still above global average.
“We are fully committed to continue to collaborate with NAFDAC to further reduce the incidence to something commensurate with the global average.
“Towards this end, the ACPN again reiterates its previous calls on better funding of the regulatory agencies involved in pharmacy practice including NAFDAC, PCN and Nigerian Drug Law Enforcement Agency (NDLEA).
“We strongly urge the Federal Government to commence full implementation of the National Drug Distribution Guidelines (NDDG) which now prescribes the replacement of Open Drug Markets (ODM) with Co-ordinated Wholesale Centres in strategic cities like Idumota in Lagos State, Head-bridge Market, Onitsha in Anambra State, Sabongeri in Kano State and Ariaria in Abia State.
“We are made to believe that this privilege has been extended to Agbeni Market in Ibadan, Owerri and Kaduna drug markets. Beyond the rhetoric, we strongly enjoin FMOH to engage the relevant State Governments to fast-track the actualization of the CWCs in public interest.”