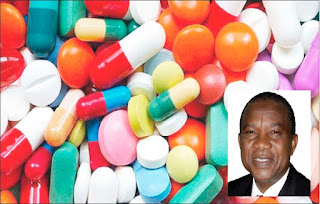 To end tuberculosis, TB, epidemic by 2030 the Pharmaceutical Society of Nigeria (PSN) has urged the federal government to take the advantage of the availability of community Pharmacies from every part of the country to fully implement the Directly Observed Therapy (DOT) programme.
Pharm Mazi Sam Ohuabunwa, the PSN President, made the call in a statement to mark this year’s World Tuberculosis Day at the weekend while commenting on its theme, ‘It’s time to end TB.’
Ohuabunwa pledged that the society would ensure that Nigerians with the disease are provided proper care with simplified medication that would guarantee compliance.
He reasoned that if ending TB Epidemic by 2030 is one of the health targets of the sustainable development goals, “Then prevention, diagnosis and early treatment with first-line TB drugs should be given all the seriousness it requires.”
The PSN President specifically promised that the pharmaceutical body would support the achievement of a TB-free world through one of its technical group, the Association of Community Pharmacists, which is poised to take up the DOT (Directly Observed Therapy) programme and ensure proper pharmaceutical care for patients of TB since chemotherapy remains the main cure.
This includes ensuring proper counselling on the TB regimen and lessening the burden on patients who may need to travel miles to refill a prescription for the long duration of treatment which may be up to six months.
The PSN boss noted that TB incidence is falling globally at about two per cent per year, though multi-drug resistant tuberculosis (MDR –  TB) remains a public health crisis and a global health security threat.
“TB is one of the most killer diseases infecting both young and old. Up to one million children were affected in 2017 and 230, 000 deaths recorded.
In 2017, 10 million people were infected with the diseases and about 1.6 million died from the disease. It is a leading killer of those living with HIV.
The World Health Organisation(WHO) estimates that there were 558,000 new cases with resistance to Rifampicin –  the most effective first-line drug.
According to WHO, about 54 million lives were saved through TB diagnosis and treatment between 2000 and 2017.
Ohubuanwa observed that TB resistance stems from ignorance, poverty and corruption; chemotherapy remains the main cure for TB, adding,  non-compliance to the adequate regimen and duration may lead to resistance to the first line TB drug such as Rifampicin and Isoniazid.
He further said, the second line TB drugs are expensive and have undesirable and debilitating side effects.
However, he assures Nigerians that pharmacist would help in simplifying their TB medications to ensure compliance and total cure.
Stressing on the commitment of the society, Ohuabunwa said; “As the world marks World Tuberculosis (TB) Day on March 24, 2019, with the theme “It’s time to end TB”, the Pharmaceutical Society of Nigeria re-enacts her commitment towards a TB free world.”
Expressing optimism, he noted; “The world can end TB faster than 2030 if all members of the Health care team and our community do their part. PSN says it is possible to end TB before 2030.”