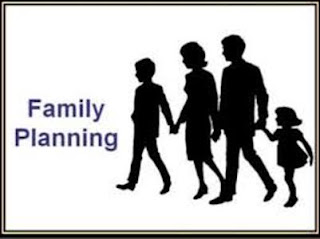 Despite the role of family planning in reducing the health risks for women and children, improving the quality of life by increasing opportunities to access education, nutrition, employment and effective utilisation of scarce resources, many factors bedevilled its successful implementation in many communities.

“I got pregnant six weeks after my first child, I didn’t expect it because the doctor warned me that I need to stay for at least two years before getting pregnant as my first child was through Caesarean Section (CS).” This was the words of Adeola Agbala, 38-year-old mother and trader, Ikorodu, in Lagos.

Adeola said, “But, thank God I was able to deliver my second child also through CS though I nearly died in the process. After that experience, the doctor said I should embrace family planning if I want to live a healthy life.
“I discussed with my husband, he initially said that family planning would make me promiscuous. But, I thank God that he has changed his mind and now I am using the tablet and comfortable with it for now. To make sure I keep up with the drugs, I set alarm on every gadget at home to wake up at 10 pm. When am through with childbearing I will go for a longer-lasting method.”

Adeola, who is now a mother of two was endangered following poor child spacing after two CS embraced family planning to live healthier. The mother of two, who praised the efforts of health facilities, government and Non-Governmental Organisations toward boosting access to family planning commodities, regretted that some women, especially at many hard-to-reach areas still have fears accepting the services. Explaining that she had similar thoughts of misconception about contraceptives with her husband, she admitted that both of them have found that the myths are largely unproven. She further lamented that this has made some women reject family planning methods, which in many cases, result in unintended pregnancies.

She explained that when such pregnancies occur, the women or girls opt for abortion due to cultural, moral beliefs, fear of stigmatisation and poor financial status, thereby patronising quacks to terminate the pregnancy.

She also said that patronage of quacks had led to loss of many ignorant mothers; noting that such people use unsterilised equipment and operate in an unhygienic environment.

Commenting on the risk of frequent births, Mrs. Salami Sidikat, Family Planning Manager, Badagry Primary Healthcare Centre said that various problems would in most likely arise if children are not appropriately spaced. Sidikat said that babies tend to have a condition called intrauterine growth restriction, which is when the foetus is not

“The foetus tends to be small for its age meaning it might be smaller than the expected size for weeks of pregnancy because of the possible problems with the placenta,” she said.

The Family Planning Manager further observed that frequent births could also lead to premature birth as the baby may have complications because its organs didn’t fully develop and may not function properly.

“For the mother, there can be a uterine rupture; this is a tear through the uterus which can occur as a result of scars from previous caesarean section,” she added.
To reduce unnecessary deaths of women linked with pregnancy-related circumstances, the Federal Government is partnering with several organisations to carry out campaigns to increase family planning uptake by couples who need it to plan the number of children, they could take care of.

She explained that some family planning methods, like the female and male condoms, are known to prevent the transmission of HIV and Sexually Transmitted Diseases (STDs).

Marie Stopes International Organisation of Nigeria (MSION), an NGO, has been an advocate of family planning as necessary tool toward achieving development, reducing poverty and ending maternal mortality in the country.

The international NGO provides contraceptives in countries around the world, empowering women and girls to take control of their futures.

It opened its first clinic in 2009, becoming one of the only providers of long-acting and permanent contraception in the country.

Mr Emmanuel Ajah, organisation’s Director of Programme Operation, during a recent workshop for Reproductive Health Journalists in Ibadan, also said that the mission of the organisation was to ensure that “children are born by choice, not by chance’’ through advocacy to adopt family planning methods.

According to him, reports indicate that 451 women and girls out of every 100,000 die from maternal causes, while unsafe abortion contributes to over 30 per cent of maternal deaths in Nigeria.

He added; “Contraception and abortion contribute to an unacceptably high Maternal Mortality Ratio (MMR) of 451 deaths per 100,000 live births, while unsafe abortion contributes over 30 per cent of maternal deaths in the country.’’

Mrs. Funmilayo Abodunrin, the Head of Facility, Apete Primary Health Centre and Family Planning Coordinator for Ido Local Government Area in Oyo state, recently told health reporters during a field trip that the number of women seeking modern contraceptive methods in the community is on the increase.

Abodunrin said that the Apete health centre usually register at least 100 new clients monthly in addition to existing ones, which she attributed to increased awareness and advocacy on family planning.

Giving further details, she said, “Before Marie Stopes came here, the turnout of women seeking modern contraceptives was not this encouraging, but because of mobilisation, we created more demand for family planning commodities.’’

She said some of the family planning commodities in her centre are, oral pills, implants, coil or Intra-Uterine Contraceptive Device (IUCD) – a T-shaped implant placed in woman’s uterus to prevent pregnancy, vasectomy and female sterilisation-tubal litigation as the various methods of family planning offered at the centre, adding that some couples visit the centre for counselling and services on appropriate methods.

Mrs Ogechi Onuoha, the Head of Marketing and Strategic Communication of MSION, said that access to safe and voluntary family planning was a human right, and central to gender equality and women’s empowerment.

Commenting, Adekoya Abiola, a retired nurse itemizing some benefits of family planning said it that it offers unlimited benefits to every woman who adopts any of the methods.

Adekoya who is also a resident and social worker in Agboyi-Ketu, said that use of family planning enables mothers and their babies to be healthier, and risky pregnancies avoided. Adekoya with many years experience in family planning said she had trained over 120 health workers on family planning, assuring that she would continue to raise awareness on family planning considering its numerous health and economic benefits to individuals and the country as a whole. ” In my community here, I have introduced many women to family planning and they are embracing it. Family planning is a tool for safemotherhood.It saves lives. It brings about healthy family”, she said.

The 56-year-old mother of four, however, identified lack of budget line for consumables as a major factor affecting women from coming out to totally embrace family planning. Come 2020, Nigeria hopes to attain its 28 percent contraceptive prevalence rate (CPR).

The FP 2020 goal is designed to enable 120 million women and girls have informed choice and access to family planning information and a range of modern contraceptive methods.