Osun Vows To Stamp Out Truancy In Public Schools 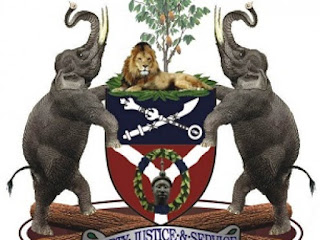 Osun State Government has vowed to stamp out truancy from public schools across the state.

Oyetola who was represented by the Secretary to the State Government, (SSG), Prince Wole Oyebamiji reiterated the commitment of the All Progressives Congress (APC) led-government in the state to stamp out truancy among public schools to enhance the quality of education in the state.

He reminded the gathering that the APC led-government on assumption of office in the state about Nine years ago inherited so much rot in the State’s education sector, hence the need at that time to declare an emergency in the education sector which led to the creation of the Edu Marshals.

He explained that to salvage the situation, the government took proactive steps to address the nagging issues of truancy at schools, poor academic performances, and crass indiscipline predominantly among students of public secondary schools.

Governor Oyetola commended the leadership of the agency for instituting the evaluation and events ceremony as a way of motivating staff to deliver their best and achieve efficiency as a means of improving the education sector.

While urging stakeholders to continue to sustain the worthwhile exercise, the governor charged parents and teachers to cooperate with government and the Edu Marshals to remodel the lives of the pupils for better tomorrow, while also enjoining the students to embrace the tenets of discipline, hard work and scholarship.

In his remarks, the Speaker of the State of Osun House of Assembly, Rt. Hon Timothy Owoeye appreciated the contribution of the Edumashal to the growth and development of Education in the State.

Hon Owoeye noted that many factors contributed to the initial rot in the educational sector in Osun and Nigeria as a whole.

The Speaker acknowledged that the establishment of Education Mashal (Edumarshal) is one of the proactive step taking in Osun to correct the rot.

Hon Owoeye, therefore, assured Governor Oyetola of the readiness of the State House of Assembly to support Edumashal with necessary law to operate in the State.

Earlier in her welcome address, the Chief Executive Officer(CEO), Edumashal Limited, Mrs Stella Blaize, disclosed that the past administration of Ogbeni Rauf Aregbesola provided a veritable platform through Edumashal to eradicate street trading culture and entrench learning culture amongst School-age children in Osun.

Mrs Blaizel stressed that the good initiative has continued with the present administration of Governor Adegboyega Oyetola which made it rare to find children of school-age hawking, truanting or selling during school hours in the state of Osun.

Also speaking, the immediate past Speaker, State of Osun House of Assembly, Rt Hon. (DR) Najeem Folasayo Salam appreciated the past administration of Governor Rauf Adesoji Aregbesola for his ingenuity and foresight to established Edumashal in the State.

Hon Salami also gives kudos to the present administration for building on the foundation laid by the past administration, describing the governor as a good administrator and progressive-minded.