The global HIV/AIDS epidemic could be over by 2030, a leading UN official has said, as new figures showed that infection rates have dropped by a third since 2001. Globally, there were 2.3 million new HIV infections in 2012, down 33 per cent, while new infections among children have dropped even further, down 52 per cent to 260,000.

Speaking in New York, Dr Luiz Loures, the deputy executive director of the United Nation’s HIV/AIDS agency (UNAIDS), said that ending the epidemic in just 17 years’ time was a “viable target”. The UN is set to exceed its own goal of providing HIV treatment to 15 million people in low and middle income countries by 2015.  Nearly 10 million people in these countries were accessing life-saving antiretroviral therapy by the end of 2012 – a 20-per-cent increase in just one year, according to UNAIDS’s 2013 Report on the global AIDS epidemic. 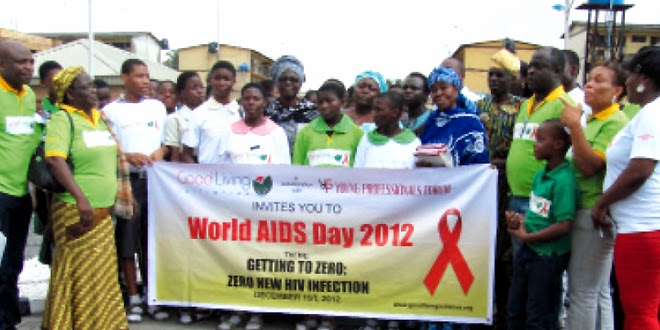 Progress has been made both in the treatment and in the control of HIV, Dr Loures said. AIDS related deaths have dropped by 30 per cent, since peaking at 2.3 million worldwide in 2005. “I think that 2030 is a viable target to say that we have reached the end of the epidemic,” Dr Loures said. “HIV will continue existing as a case here or there but not at the epidemic level we have today… We can get to the end of the epidemic because we have treatments and ways to control the infection.” Significant progress has been made since the UN targeted HIV/AIDS epidemic in the landmark Millennium Development Goals, which set out goals for poverty and disease reduction for 2015. “Over the years, the gloom and disappointments chronicled in the early editions of the UNAIDS Global report on the AIDS epidemic have given way to more promising tidings, including historic declines in AIDS-related deaths and new HIV infections and the mobilisation of unprecedented financing for HIV-related activities in low- and middle-income countries,” said UNAIDS executive director Michel Sidibé in his introduction to this year’s report.

However, the report also found that progress has been slow in securing HIV services for people most at risk of HIV infection, including men who have sex with men, sex workers and people who inject drugs. The report warns that, in many countries, fear of disapproval were still preventing people from such groups from seeking help. Speaking to The Independent, Dr Loures added that the shape of HIV epidemic had changed, and was now concentrated in regional and population-specific “hotspots” that could be found all over the world. The epidemic among men who have sex with men was still “out of control”, he said.

“This is where the epidemic is increasing and requires special attention. Homosexual men are getting AIDS because [in many countries] they cannot come out, they cannot go to health centres, they cannot even buy a condom,” he said. On Monday, the UK pledged £1 billion to the Global Fund to Fight AIDS, TB and Malaria, which would provide antiretroviral treatment to 750,000 people between 2014 and 2016, according to the Department of International Development (Dfid).

This story was published in Newswatch Times on September 26,  2013.
http://www.mynewswatchtimesng.com/global-hivaids-epidemic-will-eliminated-2030-un/
Posted by Chioma Umeha at 17:53