Before the African Pharmaceutical Technology Foundation was officially launched by the AFDB, the National Institute for Pharmaceutical Research and Development (NIPRD) made an announcement stating that it had fully mobilized resources and stakeholders to enable it to play a significant role in the continental initiative.

The African Pharmaceutical Technology Foundation's creation was recently approved by the Board of Directors of the African Development Bank (AFDB), prompting the NIPRD to make its commitment.

The Foundation's access to the technologies that support the production of pharmaceutical products including drugs, vaccines, and other healthcare items will be considerably improved in Africa.

In Abuja, Dr. Obi Adigwe, Director General of NIPRD, told journalists that his organization is fully prepared to help the newly established Foundation for the AFDB. 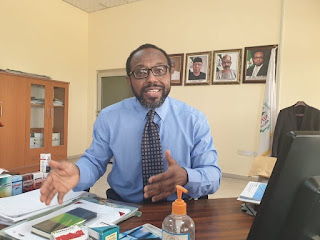 According to Adigwe, the newly formed AFDB Foundation is perfectly in line with the NIPRD's goals of conceptualizing powerful pan-African projects, where it has made significant progress, especially with the emergence of COVID-19.

You may remember that NIPRD emerged as a significant contributor to the national and international response during the COVID-19 epidemic.

The notable research from NIPRD served as the foundation for several African governments' categorical stance against the COVID-19 Organics preparation from Madagascar.

As a result of this analysis's global success, other researchers and decision-makers have cited NIPRD's groundbreaking work on the subject.

Through their efforts, many lives on the continent were saved, millions of dollars that would have been spent in Africa on an unproven product were saved, and resources for research and development were given priority for more useful solutions.

In order to create the National Scientific Advisory Committee (NSAC) on the verification of claims by Practitioners, NIPRD assembled an interdisciplinary team of more than 20 famous and learned Professors from various universities and geopolitical regions.

Dr. Obi Adigwe, Director General of NIPRD, who called the NSAC, claimed that the momentous achievement not only ensures that coronavirus cure claims are tested to the highest standards of world research.

Additionally, according to Dr. Obi, it makes sure that the highest industry standards for safety and effectiveness are upheld, protecting Nigerians' lives.

The Committee's report has now been widely disseminated throughout the world. The Institute also started work on repurposing Niprimune, its flagship immunomodulatory agent, for pertinent clinical research for COVID-19 based on its record as the first African Institute to develop a world-class phytomedicine from drug discovery up to phase two clinical trials.

Earlier in the pandemic, NIPRD was a pioneer and ardent supporter of hand sanitizers made locally from locally available raw materials. The Institute conceptualized and then created its own line of hand sanitizers, which have since gained recognition for their superior quality on a global scale.

The Institute has also participated in a number of ongoing Randomized Control Trials as a sponsor and technical partner with the goal of scientifically demonstrating the efficacy of a number of conventional treatments that are now in the Clinical Trials phase.

The NIPRD workforce has been converted under the current Director General into a world-class Agency, where every confirmed employee has been given laptops and tablets to maximize their individual responsibilities.

Similarly, there has been a tenfold increase in local and foreign trainings for researchers and non-technical staff, which has no doubt significantly impacted on the quality of the Institute’s work and consequently improved access to relevant health and socioeconomic variables.

Evidence for this came from the fact that NIPRD was the only organization in the region to maintain ISO 17025 certification via remote testing, despite the constraints posed by the epidemic.

The Institute had previously made headlines for being the first in the area to receive ISO 17025 and 9001 certifications, as well as for earning Centre of Excellence status in a number of thematic areas.

However, recent changes at NIPRD go beyond capacity-building. According to reports, vital infrastructure has been updated and new ones have been put into service over the last three years. Additionally, cutting-edge equipment has been purchased, and creative research and development projects aimed at raising socioeconomic and health indicators have been started..

By increasing its statutory participation on high level committees called by relevant Global, Continental, and National organizations, these initiatives—along with several others—have once again solidified NIPRD's position as a global leader in pharmaceutical research and development. These organizations include the West Africa Health Organization (WAHO), the COVID-19 Presidential Task Force, the World Health Organization (WHO), TETFUND, and the Central Bank of Nigeria.

Along with introducing leading edge technologies to the continent, such as the use of nanotechnology and artificial intelligence in drug discovery, NIPRD has also become a leader on the continent in the conceptualization of powerful pan-African initiatives.

Dr. Adigwe was influential in shaping the notion of "Medicines' Security," which connects local manufacturing with healthcare access and socioeconomic development, particularly in terms of job creation, knowledge transfer, and revenue generation.

The Institute last month published a landmark article in the esteemed PLOS Global Public Health Journal on the connection between intellectual property rights and access to COVID-19 vaccines.

A top-notch webinar put on by the Institute created a contentious discussion that led to the publishing during the outbreak, when Africa, which lacked manufacturing capacity, was purposefully denied equitable access to vaccines.

This peer-reviewed article is proof that the Institute and AFDB's strategic goals for health security independence are strongly aligned, but it also serves as a concrete example of the agency's distinctive "policy to practice" approach to all of its programs.

According to a preliminary analysis of media reports, senior Institute officials have long emphasized the importance of policy prioritization of R&D along with a deeper level of engagement with foundations and development partners as the most efficient way to realize the health and socioeconomic potentials of the continent. A strategic partnership between NIPRD and the AFDB’s emergent Foundation is therefore a step in the right direction.

Posted by Chioma Umeha at 17:17 No comments: