A new study which has caused fresh debate, on Monday proposed that women should begin routine breast cancer screening before age 50 to reduce deaths from breast cancer. This new recommendation flies in the face of concerns that screening women for breast cancer increases their risk of ‘overdiagnosis.’ The study which was conducted by Harvard University researchers stated; “mammograms before age 50 could dramatically cut deaths from breast cancer.” According to an agency report, a team of researchers led by Dr. Blake Cady of Massachusetts General Hospital identified women diagnosed with breast cancer between 1990 and 1999 at two Boston hospitals and tracked their cases until 2007. They found that out of 609 confirmed breast cancer deaths, 395 of these women — 71 per cent — never had a mammogram prior to diagnosis.

Moreover, half of the breast cancer deaths in the study were in women younger than 50. Only 13 per cent of breast cancer deaths occurred in women 70 or older. Breast cancer is the second most common cancer in women. For years, a debate has raged about when a woman should begin getting mammograms. In 2009, the United States Preventive Services Task Force (USPSTF) released a controversial recommendation that women should get mammograms starting at age 50, and that these tests should occur every other year until age 74. Before this recommendation, doctors had traditionally told their patients to get mammograms every one to two years starting at age 40. The USPSTF made its recommendations with the aim of striking the best balance between catching the most cases of breast cancer early while still limiting potential downsides of testing, like false positives and screening costs. To make their decision, they looked at eight large, high-quality studies to determine the age range in which it would be most beneficial for women to get mammograms. 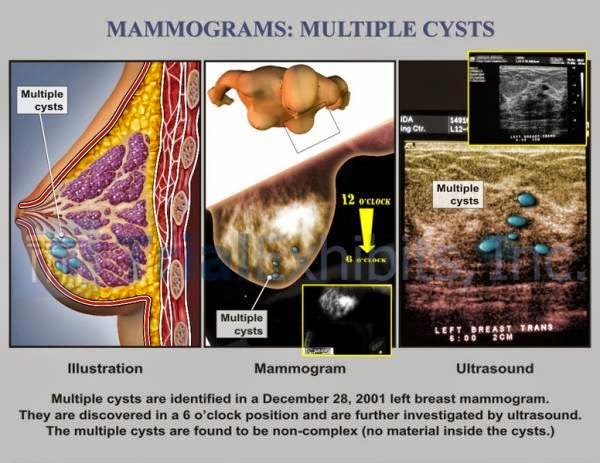 At the time, the USPSTF argued that there were too many unnecessary biopsies and other unneeded treatments being performed in young women. Meanwhile, the American Cancer Society has continued to maintain that early screening and detection saves lives. They say women should get mammograms starting at age 40, once every year, while they are in good health. Cady said his team’s findings support the idea that screenings should start sooner rather than later. “I have watched the mortality rate from breast cancer fall from 50 per cent in the 1960s to 9.2 per cent today with the advent of early detection with mammography,” said Cady, who added that he recommends his patients get yearly mammograms beginning at age 40. “To a certain extent [the study results are] intuitive because younger women don’t get screened,” he said. “Without screening, they’re just like the women in the 1960s who died without ever knowing they had breast cancer.”

Robert Smith, senior director of cancer screening for the American Cancer Society, said the findings bolster the Society’s recommendations on mammograms. “While the analysis reveals that regular screening will not prevent all breast cancer deaths, it also reveals that even with improvements in treatment there still is a significant advantage of detecting breast cancer with mammography before symptoms develop,” Smith said in an e-mail to ABC News. Experts So what does this mean for you, your family members, or your loved ones? As with most things in medicine, every woman is unique. If you have any risk factors, such as a family history or a genetic predisposition toward breast cancer, you need early and regular screening with the guidance of your doctor. For women without risk factors, consider self breast examinations at home and see your physician for a clinical breast exam every two to three years starting in your 20s. If your breasts look or feel different, seek medical care. Every medical test including mammograms has risks and benefits, which each woman should weigh for herself in conjunction with her physician.

This story was published in Newswatch Times on September 12,  2013.
http://www.mynewswatchtimesng.com/mammograms-50-reduce-deaths-breast-cancer-researchers/
Posted by Chioma Umeha at 00:13