Nigerian Medical Association (NMA) has charged the federal government to “urgently carry out necessary reforms in the health sector to achieve universal health coverage for all Nigerians under the National Health Insurance Scheme (NHIS)”.

In a communique containing eight-bullet points for the President Muhammadu Buhari on the health sector NMA, Lagos Chapter, the association summarised the challenges of the country’s health sector with hopes that his government will ensure the necessary change.

In the 5-page document, which was made available to journalists during a press briefing on weekend at the Federal Neuropsychiatrics Hospital Yaba, the chairman of the Lagos State branch, Dr. Tope Ojo, berated the government for failure to meet the needs of the primary health sector.

In what he termed as “criminal negligence”, Ojo, described Nigeria’s inability to provide primary health care services to its citizens. He pointed out that less-advantaged countries have reached 70-100 per cent coverage, stressing that it is criminal for citizens to be denied such basic rights as primary healthcare.

He also enjoined the federal government to “formulate policies that will ensure that political office holders are prevented from seeking medical care overseas” as this will check health tourism that is prevalent among politicians as well as induce more infrastructural and manpower development in the health sector.

Dr Ojo noted that limited medical equipments in Nigerian hospital accounts for the increase in the number of death in hospitals as patients often die while waiting their turn to use available equipment. 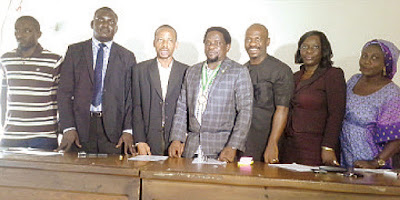 NMA has also asked the federal government to put paid to incessant medical workers’ industrial strike actions as the non-payment of workers’ salaries and allowances by teaching hospitals in Lagos and other federal government-owned hospitals rob badly on the competence and professionalism of health workers in the country.

Also, the association called for the immediate removal of the Chief Medical Director (CMD) of the Lagos University Teaching Hospital (LUTH), Prof. Chris Bode over his attainment of the 60 years mandatory retirement age in line with civil service rule.

The association has further resolved that the current Medical Director of the Federal Neuro-Psychiatric Hospital, Yaba (FNPHY), Dr. Rahman Lawal should step down because he has similarly attained 60 years in service. These were contained in a communiqué issued by the NMA at the end of its AGM, which held in Ikeja, Lagos, on September 11.

Ojo observed that LUTH has recently been bedeviled by incessant strike actions which have escalated during the tenure of Bode. Legitimate security agents in LUTH have been used to harass workers, “apart from the non-payment of arrears of various emolument of doctors, examination fees, update course fee, promotion arrears, etc., has been frustrating some associations, the recent being the stoppage of the legitimately deducted union dues payable to the doctors association (Association of Resident Doctors in LUTH) by their members.

The AGM thereby noted that these observations cast doubt on the competence of Bode.

Similarly, Tope Ojo lamented that the “FNPHY has witnessed a lot of crisis relating to staff welfare, security and emolument issues for which the workers have been persistently restive, resulting in incessant strike actions. There is “contention about the eligibility of the current medical director of the FNPHY to continue in same office since he is over the mandatory exit age of 60 years.”

Furthermore, Ojo noted that if the FNPHY boss fails to step down, “the NMA will use all means possible to ensure that this is achieved.

This story was published in Newswatch Times on September 24, 2015.
http://www.mynewswatchtimesng.com/implement-nhis-for-all-nigerians-ban-health-tourism-nma-tells-buhari/
Posted by Chioma Umeha at 02:21