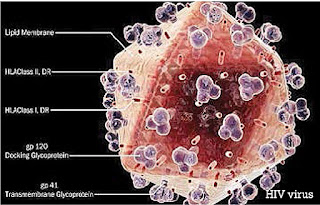 This year’s World AIDS Day celebration in the country was with a mixed feeling as statistics showed that there are still 2.9 million people living with HIV/AIDS in Nigeria that lack access to treatment, despite campaigns and other efforts by various agencies, both international and local ones to reduce infection and eliminate the disease.

According to experts 3.4 million people were diagnosed of HIV last year, out of which 2.9 million are not receiving the treatment needed to suppress the disease. These carriers, who are currently living in hiding, are not only at risk of death from HIV related illnesses, they are also infecting new people, causing a surge of the disease.

Although HIV prevalence in the country remains low at 3.2 per cent, approximately 210,000 Nigerians died from AIDS – related illnesses in 2013 even as 220,000 new HIV infections were recorded.

The Pharmaceutical Society of Nigeria (PSN) which made the revelation in a statement to mark this year’s World AIDS Day attributed the high deaths from AIDS to problem of accessing the antiretroviral treatment in the country.

“Approximately 210,000 people died from AIDS – related illnesses, 220,000 new HIV infections in Nigeria in 2013 and since 2005 there has been no reduction in the number of annual deaths which shows fundamental problem of accessing the Antiretroviral treatment in the country,” said the society in the statement signed by its new President, Pharm. Ahmed Ibrahim Yakasai .

The society, is therefore, seeking greater role towards meeting the new target of ‘Getting to Zero’ in the campaign to eliminate HIV in the country. Beyond their conventional role in adherence and treatment, pharmacists seek to play role in HIV prevention and health promotion as part of collaborative efforts to rid Nigeria and the world of the pandemic.

“…With the aim of achieving “Zero new HIV Zero new HIV infections, Zero discrimination, Zero AIDS-related deaths. The Pharmaceutical Society of Nigeria (PSN) will focus on the Prevention, Adherence and Treatments and indeed health promotion,” adding, “As pharmacists and society we will continue to participate in promoting the HIV/AIDS initiatives of the Federal Government, UNAIDS and World Health Organisation, facilitate collaboration between pharmacists, professional associations, health care professionals and development partners involved in the fight against HIV/AIDS as pharmacists can play great roles not only in adherence and treatment but in all aspects of public health.”

According to the United Nations Programme on HIV and AIDS (UNAIDS) Gap Report 2014, nine per cent of all people living with HIV live in Nigeria. However, HIV prevalence among Nigerian adults is relatively small in Nigeria at 3.2 per cent when compared to South Africa with 19.1 per cent and Zambia ,12.5 per cent.

Similarly, experts at the scientific symposium to mark this year’s World AIDS Day, organized by Nigerian Institute of Medical Research (NIMR), noted that only 500,000 people are currently on treatment, while the rest 2.9 million largely men serve as reservoir for the spread of the disease.

“Men do not go to hospital as much as women so they are the most difficult to reach. Those at higher risks include; women, homosexuals, men who engage with drugs and those who have sex with female sex workers, they said. However, allowing people to pay for these treatments has resulted in default, causing more resistant and death from the disease, Amina Ali, Chairperson, Network of People Living with HIV/AIDS in Nigeria, (NEPHWAN), Lagos Chapter lamented in an interview.

According to her, the new directive from Federal Government which mandates patients to pay for treatment at the bank is currently causing stigma and exposing more people to contracting Tuberculosis.

This story was published in Newswatch Times on December 3, 2015.
http://www.mynewswatchtimesng.com/hiv-nigeria-records-210000-deaths-over-poor-arv-access-psn/
Posted by Chioma Umeha at 01:14