While the world yesterday marked Acquired Immune Deficiency (AIDS) Day, available statistics showed that the prevalence of infections has reduced below four per cent in the country.

This was confirmed by Dr. Pascal Ezeobi, Senior Researcher Fellow, Nigeria InAstitute of Medical Research (NIMR) during an outreach and awareness programme, the institute in collaboration with Nigeria Medical Association, (NMA) organised at Alimosho Local Government Area, Lagos to mark the day.

According to Ezeobi, joint activities of different medical professionals has helped to reduce the scourge of HIV/AIDS in the country, “however we know that there are still new cases that come up all over the country but then, what is important is that we cannot stop until the disease is eradicated or reduced to the barest minimum”.

While acknowledging the efforts of government in the fight against HIV/AIDS, he called on government to do more, saying that other agencies should also support medical research in order to find a better way of eradicating the scourge. 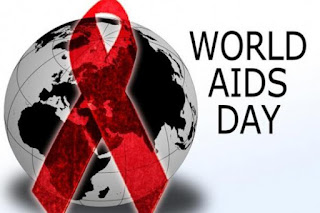 National Chairman, Nigeria Medical Association, Committee on Ports Health, Dr. Adeyeye Arigbabuwo, decried the continued issue of stigmatisation in the fight against the disease in the country.

He said: “There is still stigmatisation, people still die of complication from HIV/AIDS but we are trying to make sure we get it to zero per cent may be in the next five to 10 years. We need reorientation, education, change of habit especially our social habit. People should no longer feel afraid or shy wanting to know their HIV status because it is something that is treatable.

We are here doing screening for our people, for them to know their status because prevention is better than cure. Some people have been living with this for 15 years, yes you may say it is not curable but it is treatable. After all, we have conditions like hypertension, diabetes which are not curable but are treatable, people play with people suffering them, they live with them, they get treated and the condition is treated. The essence of it is that you know your status and you seek help. We are also doing counselling so that if a person is infected he/she can know how to live long with it without infecting others.

Earlier, Yetunde Soyinde of Nigeria Institute of Medical Research, counselled participants at the event on HIV/AIDS letting them know different ways it could be contracted.

According to her, “that one is positive does not mean that the person can commit suicide, there are people who are living well with it. A positive person can be treated and he/she can still produce children free of the disease, live a long and normal life.

Aside free HIV/AIDS screening and test, participants at the events were also provided free sugar and blood pressure checks.

This story was published in Newswatch Times on December 3, 2015.
http://www.mynewswatchtimesng.com/world-aids-day/
Posted by Chioma Umeha at 01:07