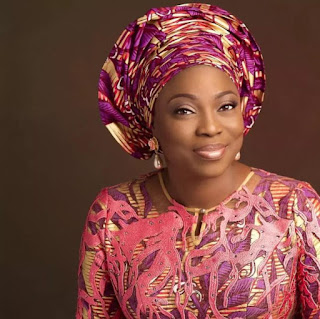 By Chioma Umeha
The wife of the Lagos State governor, Mrs Bolanle Ambode has expressed concern over adolescents living with HIV in the state, and pledged to support them to actualise their potentials.
Addressing journalists at an “Adolescent Advocacy Meeting with policy makers on the sexual and reproductive health of adolescents living with HIV in Nigeria, the representative of the wife of the Lagos State Governor, Mrs. Bolanle Ambode, Mrs Rhoda Ayinde, said the state has put in place vocational skill centres that will foresee to the training of adolescent living with Human Immune Virus, adding that it will not rest on its oars.
She however stated: “I will team up with other governors’ wives of states like Akwa-Ibom, Anambra, Benue, FCT and Kaduna. We will empower and sensitize these adolescent and also involve all stakeholders to see that HIV is totally eliminated. The two weeks summer camp from August 23 to  September 2,  is geared towards these course ”
Also speaking at the event, the Permanent Secretary of the Lagos State Ministry of Health, said the state has 344 health facilities to prevent Mother to Child Transmission of HIV in Lagos State, adding that 104 of the health facilities are private hospitals.
The PS however said that Lagos State has established adolescent and youth centres and care givers have been trained to keep matters of these HIV-positive youth confidential.
She said the awareness of the virus has increased across board but access to treatment is slim, commending the Lagos State Action AIDS Control Agency (LSACA) and called on the youth present living with the virus to continue in the line of determination to achieve their desired goal.
The United Nations Children’s Fund (UNICEF) HIV Specialist, Dr. Victoria Isiramen stated that, “about 196,000 of adolescent living with HIV in Nigeria and globally accounts for 10 per cent of adolescent living with disease.”
Isiramen added that no society should neglects its youths, stating that, “UNICEF launched ‘The All In Initiative’ in 2015 which means that all hands must be on deck to ensure adolescent are brought to ground level and meet with the needs of all adolescent living with HIV.”