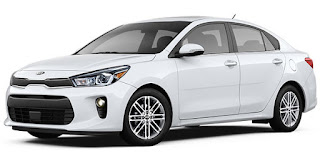 By  Chioma Umeha
LAGOS – As part of activities to mark its Silver jubilee, a company, Pharmatex Industries, has donated a Hilux van to the War Against Indiscipline (WAI) Brigade, Lagos State Command.
The firm’s Executive Director, Chief Joseph Uzoma Ebowusi, a WAI patron in the state, said the operational vehicle was donated to assist the brigade in fighting crime.
He said: “I joined WAI Brigade in Owerri my state capital where I was later made a patron. As a philanthropist, I did a lot for my people. In Lagos, I was also made a patron. Being a patron of this Brigade, I felt it will be necessary to present a gift of an Hilux van as an operational vehicle to the Brigade because what moves me so much in life is discipline.
‘‘With this, easy movement to areas where crimes will be fought won’t be a problem. I’ve always loved discipline; it’s in my blood, because my parents were known for that. I encourage Nigerians to be disciplined, just as I encourage businessmen in the society to look towards the direction of donating to those who fight crimes and embrace discipline.
‘‘I still believe in the ability of WAI Brigade to curb crime in the society because they are not corrupt. They are disciplined. It is a voluntary organisation, yet members are very committed. I think if every Nigerian acts disciplined, we will go places in this country. WAI has the power to ensure discipline in the society; they’ve been conferred with the powers, and have been living up to expectation.’’
Commending President Muhammadu Buhari’s drive towards reducing crime across the nation, Ebowusi said more needs to be done to eradicate hunger.
Accepting the gift, the Brigade’s State Commander, Senior Comrade Gabriel Adeoye thanked the donor, assuring that the vehicle will be put to good use.
‘‘Under my watch, the vehicle will facilitate quick response to scenes of crime, emergency and also deter, prevent and suppress the activities of vandals, hoodlums and organised crime in our society.’’