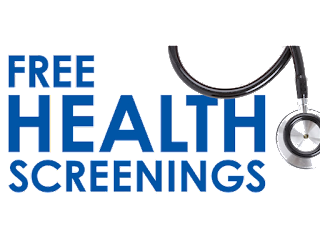 Lagos
To ensure safety of drivers and commuters, Lagos state through its Ministry of Health took its routine free medical screening to the Ikeja main garage motor park, Obafemi Awolowo Way, Lagos.
Over 200 commercial vehicle drivers were screened under the medical mission tagged: “Motor Park Health And Safety Programme,” which was organised by the Ministry of Health in collaboration with the Ministry of Transportation.
According to the officer in-charge of the mission, Dr Dolapo Fasawe, the outreach is to take the state’s free health programme closer to every Lagos resident.
Fasawe said: “Urine test, breath analysis, eye screening and others are being provided free of charge for all the participants.”
Dr Tolu Ajomale of the Special Project Unit of the ministry said the programme would address the drivers’ healthcare needs.
Ajomale said: “It is specifically called healthcare programme and safety for commercial drivers in Lagos. It is meant to ensure these drivers are in sound health because they carry a large number of commuters in the state to and from work, from one point to the other.
He also said: “What we do is talk to the commercial transporters to create more awareness about the Lagos Traffic Rule or Traffic Laws. We also reorient and give them more information on things that are currently going on in Lagos State in terms of public transportation, by so doing we are able to impact on the lives of the drivers, reduce the incidence of road traffic accidents which will also create more safety for the lives of the passengers.”
Following the interaction with the commercial drivers, Ajomale noted that drivers has great expectation from the state government.
“Their engagement has shown that they have a sense of benefiting from the government of the day. Free drugs, eye glasses and referral are some of the things they enjoyed,” he said.
Collaborating, Modupe Ore Macaulay, who works with Human Capacity Development Department, Lagos State Traffic Management Authority (LASTMA), said the target of the programme is to guarantee the safety of drivers and commuters.
Macaulay said: “The ministry of health is collaborating with us to organise this programme for drivers. It is really focused on the safety of the drivers because the moment the driver is sane, the commuters’ safety is guaranteed. The State government magnanimity in providing the programme is informed by its discovery that most of the commercial drivers don’t have time to go for checkups; they don’t even have the time to leave their buses or BRT to go to the hospital for regular checkups. That is why the government decided to bring the free health care closer to them.
He added: “So as you could see there are doctors, opticians attached to everybody around, there are two things we are doing. One is drivers’ enlightenment from the quality education department. The next is the alcohol breath testing using the breathalyser.
The breathalyser is a device for estimating blood alcohol content (BAC) from a breath sample of the driver’s system.
Since the State government started this programme five years ago,we have been able to reduced the accident rates as it relate to alcohol intakes, reduced abnormality in the flow of traffic due to ill-health. Many of the drivers whose issues are very technical are given referral to go to general hospital and as long as their referral is from this programme, their treatment is sponsored by the state government, and so far so good it has been very positive.
Many of the commercial drivers commended the programme, especially this year’s programme, saying, it affords them free treatment and medications unlike in previous years.
For instance, a driver, Johnson Ayodeji, one of the beneficiaries who was full of praises for this year’s programme, said: “There is an improvement as we did not receive free test, but we received free drugs, even eyeglasses. This is unlike the past where they simply refer you to a hospital if you had complications.”