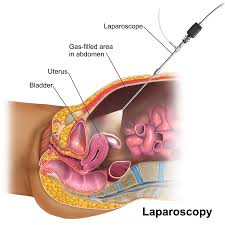 By Chioma Umeha
Experts have said that development in laparoscopic surgery in Nigeria would reverse medical tourism which is costing the country over one billion dollars annually on capital flight.
This was partly the outcome of the fourth International Workshop organised by the Laparoscopic Surgery Society of Nigeria (LASSON) in Lagos on Monday, with theme of the workshop is: “Enhancing Training in Laparoscopic Surgery in West Africa.’’
Among those who spoke were Prof. Chris Bode, the Chief Medical Director, Lagos University Teaching Hospital (LUTH), Idi-Araba, who noted that laparoscopic surgery, which started many years ago in Europe and America, was just taking its root in Nigeria.
Bode, who was represented by Prof. Sulaiman Giwa, LUTH Head of Surgery, said: “We are in a hurry to catch up with the developments in Europe and America, so as to reduce medical tourism.
“People have read about what is referred to as key-hole surgery, which they want to go abroad to get it done.
“But, if we can offer such service here, it will be obviously cheaper, and also keep the patients in their environment.
Laparoscopy is defined as “a surgical diagnostic procedure used to examine the organs inside the abdomen.
“It is a low-risk, minimally invasive procedure. Only small incisions are made. Laparoscopy is often used to identify and diagnose the source of abdominal or pelvic pain. It’s usually performed when other, noninvasive methods are unable to help with diagnosis.’’
“We are also in a hurry to train as many surgeons as possible across the six geo-political zones so that the service can be offered in the country,” the LUTH CMD said.
Similarly, Dr Jimi Coker, the President of LASSON, said that the workshop was aimed at encouraging surgeons, and to enhance their skills in surgery.
“This is to ensure that surgeons across the country move from the old fashion operation to the key-hole process.
“This is a process where recovery is a lot quicker and patients are able to go back to their normal lives as quickly as possible.
“To achieve this, we need to ensure that surgeons are properly trained, and not just the surgeons, but the whole team, which includes the perioperative nurses,” he said.
Perioperative nursing is a nursing specialty that works with patients who are having operative or other invasive procedures.
Coker said that the association has put coordinators in place within the geo-political zones to serve as consultants to train, support and mentor surgeons on laparoscopic surgery.
In his remarks, Dr Abuchi Okaro, a Bariatric Surgeon from UK, said that the training was a good initiative.
Okaro, speaking as a guest speaker, also identified the cost of equipment as another major challenge.
“Managers of hospitals are key to buying equipment needed; high demand in laparoscopic surgery will reduce the cost of equipment and make it more affordable.
“The real challenge is to get surgeons who are interested in training and learning the skills, and also to apply it with their nurses,” he said.