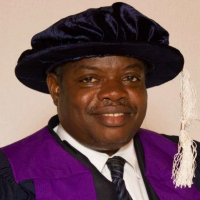 Olugbenga Mokuolu is a Professor of Paediatrics and child health and Director, Centre for Malaria Care at the University of Ilorin. In This Interview with CHIOMA UMEHA, he discusses progress in the fight against malaria in the country, impact of malaria in pregnancy, among others.

Is it every mosquito bites that results in malaria?
No. It is only bites from infected female anopheles mosquito that results to malaria. It is important to note that mosquito bites occur between dusk and dawn. Concerning the main methods of malaria transmission, research has shown that it could be accidental or through blood transfusion and needle stick injury. It could also be through mother to child transmission. One in 20 mothers could infect their babies if they have malaria close to delivery. Malaria is a serious disease which can often be fatal, hence the need to refrain from saying ‘ordinary malaria’.
How soon after bite do people get malaria?
It takes about 10 days to four weeks from a bite to an individual becoming sick.
Who is at risk for getting malaria?
People who are heavily exposed to the bites of mosquitoes infected with P. falciparum.
People who have little or no immunity to malaria, such as young children and pregnant women
Travelers coming from areas with no malaria are more likely to become very sick and die.
Poor people living in rural areas who lack access to health care are at greater risk for this disease.
People suffering from Sickle Cell Anaemia, not Sickle Cell Disease (SCD) and refugees are often at risk of malaria.
Can you compare the severity of malaria in people with Haemoglobin, HB-AS and those of HB-SS?
It is important to note that AS people do get malaria. Similarly, AS people with malaria tend to have lower numbers of parasitised red cells in their blood. They are less likely to develop the severe forms of malaria. They are less likely to die from malaria.
SS people have malaria like any other person, but malaria is worse in them because it worsens the breakdown of their blood cells.
Malaria induces painful crises in SS and may result in destruction of their spleen.
Describe malaria situation in Nigeria?
Nigeria accounts for one third of global malaria deaths. Malaria is responsible for one quarter of all infant-related deaths and one third of deaths in children less than less than five years.
So where is Nigeria presently in the fight against malaria?
We have made significant progress. All the indicators are showing that Nigerian has progressed in terms of the major interventions. Ownership of the Long Lasting Insecticide Treated Nets (LLITN) has increased. Net utilisation has increased. Areas of spray in using indoor residual spray have increased as well.
There are a few people who have even gone to the extent of imbibing that practice and organising themselves locally. Such practices have increased. The use of malaria-preventing measures by pregnant women has increased, though it is still at about 30 per cent.
But for a very long time it pegged itself around 10 per cent. More recently, that has also increased and then other impact indicators. The level of anaemia among children is also going down. So, if you look at it in a composite manner, you will see that it is going down and I did show you a personal report from my own institution (the University of Ilorin Teaching Hospital), that also shows that we have experienced a remarkable decrease in the burden of malaria and the contribution of malaria to death such that in that center for instance, malaria now ranks as number 10 cause of death among children in our emergency rooms whereas, it used to be the leading cause of death.
What do we do to move forward?
There are increased awareness concerning access and use what is already available – diagnosis facilities, the mosquito nets that they have, etc. However, moving forward, we need to sustain some of the previous efforts and look at the few other innovations that we are going to add to what we have been doing currently.
News of artemisinin combination therapy resistance is spreading gradually, (not in Nigeria at the moment) but in the south-east Asia. We must be in anticipatory mood for its curtailment in Nigeria. So these are issues that we need round table upon.
Nigeria itself needs to call its own summit to really look at all the indigenous knowledge among its various researchers so that we can harvest these in order to give it a push.
What is the effect of malaria on pregnant women in relation to their unborn or new born babies?
Malaria among them can cause diverse effects. First, malaria can led to fetal wastages; there could be abortion. It can also make the woman to have more severe complications. On the baby itself it can result in the baby being low birth weight. That is, the weight of the baby is not optimal.
It can precipitate a situation where the baby is then born with other challenges that are supposed to be responsible for transition to life outside the uterus because the precursor condition was already bad. In summary, it can also contribute to early neo-natal death and the woman herself can have severe anaemia.
How can malaria in pregnant women be addressed?
It is for these reasons that we say that malaria pregnancy should be prevented and pregnant women, if we must prioritise, are particularly supposed to sleep under insecticide-treated mosquito nets. To also compliment that, they must have what is called Intermittent Preventive Treatment (IPT) in pregnancy.
This involves the intake of a treatment dose of about three tablets of the drug that we call sulfadoxine-pyrimethamine and it is given after the period when the woman begins to feel the effect of the baby kicking. This timing is to be particularly certain that the pregnant woman is outside the first three months of pregnancy when certain organs are being formed in the body, so that there is no abnormality that is established because of that. Once she starts taking that drug, she takes it every month until the last month before delivery.