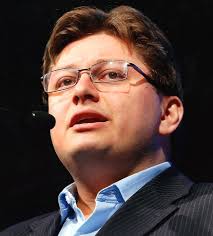 By Chioma Umeha
Nestlé Nigeria Plc has appointed Mr. Mauricio Alarcon as its new Managing Director and Chief Executive Officer with effect from October 1, this year. Mr. Alarcon replaces Mr. Dharnesh Gordhon who has been nominated General Manager of Nestlé Indonesia.
Mauricio a Mexican citizen, joined Nestlé in Mexico in 1999. He has held various sales and marketing roles in his home country. He has occupied strategic business and marketing positions in the Ice Cream business at the corporate headquarters in Vevey, Switzerland, including Marketing Advisor before being appointed Marketing Manager for the Ice Cream business in Australia.
In 2010, Mauricio became Business Executive Manager for Ice Cream for North East Africa. He later became Managing Director of Nestlé Côte d’Ivoire in 2014, overseeing Nestlé’s operations in Senegal, Guinea Conakry, Guinea Bissau, Gambia, Mauritania and Cape Verde until his move to Nigeria.
Mauricio holds a master’s degree in Engineering Manufacturing and Management from the University of Manchester in the United Kingdom. Mauricio has a strong belief that the key ingredient for success is an authentic passion for people and an unrelenting pursuit of excellence in action.
‘’I’m honored to take up this new challenge to lead Nestlé’s business in one of the largest economy in Africa. Despite the current challenges the country is facing, Nestlé Nigeria is committed to still offer nutritious and tastier food and beverages that meet the needs of people,’’ says Mauricio.
‘’I look forward to working with my team and all our stakeholders as we continue to pursue our vision of enhancing the quality of life of people in Nigeria,’’ he added.
Nestlé has been present in Nigeria for more than 50 years. The company has invested in three production sites in Agbara, Flowergate and recently in Abaji, supporting the local sourcing of raw materials and the investments in rural communities. Nestlé Nigeria Plc employs over 2,300 people.