Lagos – Lack of access to safe, clean drinking-water and basic sanitation, as well as poor hygiene cause nearly 90 per cent of all deaths from diarrhoea, mainly i 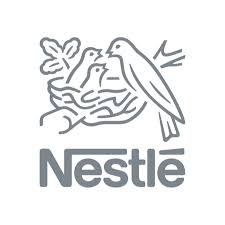 In developing countries, like Nigeria, 1.1 billion people still defecate in the open on average, the world health body said.
Hand washing with soap is practised, only after 17 per cent toilet uses in developing countries, WHO also said.
In view of this, Nestle Waters in conjunction with the Ogun State Universal Education Board (SUBEB) and its Local Government Education Authority has launched a water project education programme in public primary schools across the State.
The objective according to the hydration company is to inculcate importance of water management and safe water education in pupils, The project, tagged ‘Project Water Education for Teachers’(PWET) is aimed at training 30 teachers selected from 10 primary schools across the state.
Speaking at the inauguration of the project, the Country Business Manager, Nestle Waters, Mr. Jason Lambe, said the project, a global water education initiative, was aimed at raising awareness of water conservation issues and deliver programmes to help children, parents and teachers on issues bearing on hydration.
Represented on the occasion by the Marketing Manager, Nestle Waters, Mrs. Gloria Nwabuike, the country business manager said that in 2015, a total of 5,994 school children and 363 teachers were trained, while 115 schools in Lagos and Osun states benefitted from the water programme.
Lambe said that in spite of the fact that access to clean drinking water and sanitation was a human right, the United Nations’ record had shown that 663 million people still had no access to improved drinking water sources, while 2.4 billion people lacked adequate sanitation.
He, however, said, “Nestle will continue to play a leading role in tackling water challenges by educating children and teachers on issues such as hydration and health, water use and environmental stewardship”.
According to the Nestle country business manager, 140 schools would benefit from the PWET programme this year.
In her remarks, the Ogun State Commissioner for Education, Science and Technology, Mrs. Modupe Mujota, said serious steps needed to be taken to educate the young ones on the imperative of conserving clean and potable water, adding that such a programme would help in teaching the children how to safeguard water resources to foster good health and living.
“We must internalise the consciousness that the way we treat water in our immediate neighbourhood not only affects us negatively or positively, but the entire world. Research abounds to prove that water borne diseases and epidemics are the direct product of human abuse and carelessness. If we desire long life and prosperous health, therefore, we must treat our waters right,” she said.
First launched in Nigeria in 2013, Nestle Waters has trained over 6,000 students, 115 schools, and 363 teachers in 20 local government areas in Abaji, Lagos, Osun states.