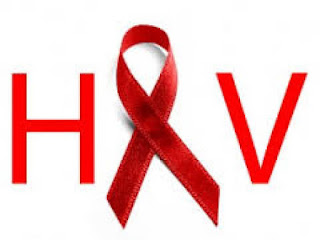 Worried about the spate of HIV infection among them, Nigerian Adolescents Living With HIV (ALWH) has called on government to quickly intervene to improve their health and provide them with quality life.
The call came on the heels of United Nations Children’s Emergency Fund (UNICEF), recent concerns over the high number of Nigerian adolescents infected with the Human Immunodeficiency Virus (HIV) and Acquired Immune Deficiency Syndrome (HIV/AIDS). The UN agency reiterated that about 196,000 adolescents, aged between 10 and 19, were living with the dreaded infection.
The adolescents, therefore, urged State agencies for the Control of AIDS (SACA) along with other stakeholders within government, international and community organisation to establish and support platforms for ALHIV.
These include, support groups, annual camps, among others for sharing of experiences, psychosocial support; and to empower them in reproductive health, treatment adherence, as peer mentors and other adolescent related issues.
The call was contained in a communiqué, which they released at the end of the two-week ‘National Mentorship and Leadership Training for Adolescents Living with HIV (ALHIV) in Nigeria,’ which held between August 21  and September 3, at  Ronik Comprehensive Secondary School, Ejigbo, Lagos State.
The communiqué read: “We note with sadness that as at 2014, about 196,000 adolescents between the ages of 10 and 19 were living with HIV and about 11,000 died of AIDS related cases in 2013 out of an estimated adolescent population of 38,882,000 in Nigeria.This is most unacceptable to us,” the communiqué added.
It further said that the Ministries of Health and other health service providers should provide standardized adolescent and youth friendly health services to help keep AIDS free adolescents.
The communiqué also said: “Government and all stakeholders should support the implementation of sexuality education that addresses the specific needs of adolescents living with HIV.
“Adolescents living with HIV should be represented at relevant state and national technical’s working groups to ensure integration and young issues affecting adolescents and young people.
“The government should have a policy against pre-admission HIV test and other forms of discrimination against adolescents and young people seeking admission into learning institutions.
“The adolescents also told government and all stakeholders to facilitate free comprehensive HIV treatment (no user fees, or payment of any form etc) for adolescents and young people in all government owned sites across the country.”
According to them, the age of consent for HIV counseling and testing and for starting HIV treatment should be reduced to 14 instead of the current 18 years. This will ensure more young people know their HIV status on time and commence treatment promptly.
“The government at all levels should comply with the Abuja Declaration of 2010 commitment, of 15 per cent of their annual budget to the health sector. This will help to increase allocation to HIV/AIDS programs and improve access to health by young people. We are not happy that 16 years after the Abuja declaration, this is yet to be achieved,” the communiqué further read.
Similarly, the officer-in-charge of Adolescent HIV Response, UNICEF Nigeria, Dr. Victoria Isiramen, reiterated that more adolescents, aged between 10 and19, were living with the dreaded disease.
She noted that 11,000 adolescents died of AIDS- related cases in 2013 out of their estimated population of 38,882,000 and another estimated 17, 000 older adolescents (15-19), were newly infected during the year under review based on the 2014 Nigeria Demographic and Health Survey(NDHS).
According to her, Nigeria houses 10 per cent of world’s infected adolescents, hence the need for the nation to urgently reverse the trend. The essence of program, that hosted 50 infected adolescents from six states of the federation, was to educate and empower them as advocates in their states.
Isiramen observed that it was part of UNICEF’s mandate to ensure that adolescents were captured in every aspect of HIV responses, as the disease could not be eradicated without their involvement.
She said the trained adolescents were agents of change in the quest to eradicating the scourge. “Without adolescents being at the centre of HIV responses at all levels, we cannot see the end of HIV/ AID,” Isiramen remarked.