Dr Oluseyi Temowo is the Chief Executive Officer (CEO) Lagos State AIDS Control Agency(LSACA). Temowo who was the Chief Physician in the Department of medicine at the General Hospital, Lagos, before he took over the helm of affairs at LSACA, five months ago, in an interview with CHIOMA UMEHA says that the state government targets to end the transmission of HIV/AIDS by 2030.

What Informed LSACA to be involved in the Camp?
LSACA is in charge of coordination and supervision of all activities of HIV/AIDS in Lagos State. So in effect, anybody that has anything to do with AIDS activities in Lagos State will come to us and partner with us.
Since your assumption of the office, what has been your experience with adolescents living with HIV in the State? Do we foresee a 2030 in which our youths will be free of HIV/AIDS?
My experience has been a little challenging. There hasn’t been much support from both the partners and government in terms of a camp programme, like the just concluded two-week national mentorship and leadership training programme for Adolescents Living with HIV in Nigeria (ALHIV) in Lagos. Such mentorship programme hasn’t been regularly coming. It is something we can consider on a quarterly basis so that the selected representatives after being empowered can go back to educate their peers regularly, that it isn’t so bad living with HIV once they comply with their drug use and for them not to have self-stigmatisation. This is because blaming yourself always is the worst thing you can ever do even if no one else is blaming you.
What I am saying in essence is that we would love a situation whereby as a State, we can see that the target of 2030 is achievable, but we must have workable strategies in place, that is one of the things we need to do to make it happen. We need accurate date to truly know the burden of HIV/AIDS in Lagos. Lack of statistics and up-to-date data has consequences on many prevention and control programmes. We need it to also plan for services offered in many of the facilities in the State.
First and foremost there are a lot of line ministries that are supporting us in LSACA; these are Youths and Social Development Ministry, Information Ministry and even the Ministry of Health. If HIV would have to be controlled especially among the adolescents, the aforementioned Ministries must have one role or the other to play in collaboration with our agency
For instance, there is need for day to day information on how adolescents should manage their health; how they must get to various health facilities as well as how the staff of these facilities need to be friendly to these children when they come around for their treatment.
For the Youth ministry, they are saddled with empowering the youths by providing adequate support, whenever they need it.
I think what we need to do now as an agency is to quickly go round all these ministries on advocacy visits particularly for the adolescents, especially, with what I saw at the two-week national mentorship and leadership training programme for ALHIV.
Like I did mention, the governor is passionate about having an AIDS-free Lagos. At one of the meetings at the United Nations (UN), he said, he would love to be a governor of an AIDS-free state, because this will enhance an increased Gross Domestic Product (GDP) as there would be more people who can use their God-given talents to deliver what the environment want from them. Everyone must realise that HIV has great impact on the economy of a state like Lagos, which is the commercial hub of the country. If a CEO is down with illnesses associated with being HIV positive and the company closes down, the employees will be out of work and the state ‘s Gross Domestic Product will drop. I also think that advocacy is one important thing we are going to do with the line ministries.
Now, there was a complaint that some of the adolescent clients still have to pay for malaria treatment when accessing their HIV treatment. What would you be doing to address this situation knowing that if they are sick, they wouldn’t be able to take their drugs as should and so, would be pulling back government effort on AIDS-free Society?
One of the priorities of this government as I speak is to focus on health and education and that is even giving more backing to the control of HIV/AIDS in Lagos State. The priority we have now is to establish more Primary Health Centres (PHC) in all the corners of Lagos State and in the PHCs, one of the primary ailments we focus attention on is malaria; we then talk about immunisation and so on. I would like to know which centres are charging user fees, especially for malaria, among People Living With HIV (PLWHIV). This is because malaria treatment for example, is free as much as I know very well. At the centre where I worked before I became the CEO of LSACA, malaria treatment remains free. So, I would love a situation where we receive reports of particular centres that are charging fees for treating malaria. However, I would still go back and speak with the Special Adviser to the Governor on PHC about the development because we do not want anything to draw us back on our control.
In less than four years, we want to have 90 per cent reduction rate in Lagos State and we expect that to propel us into eradication of HIV/AIDS by 2030 as declared by all the countries of the world. 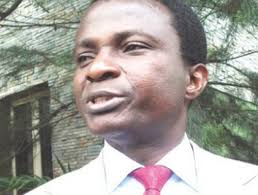 How many people in Lagos State are living with HIV/AIDS?
At the last projection, I think it is about 217, 000.
There are claims that the rights and needs of adolescents have been overlooked in HIV response. Can you react to this?
The State had started addressing the issues concerning the rights and needs of adolescents with HIV. We have realized this, and that is why we are coming on board to involve them in HIV treatment response in Lagos state. In Lagos state, Antiretroviral (ARV) drugs are available for free; we have started personnel training on how to relate with adolescents when they come for treatment. We have also abolished administrative fees for HIV services for adolescents.