What Has Age Got To Do With Fertility 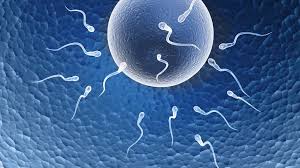 By Chioma Umeha
Age they say is a thing of the mind. But in reality, age is defined by wikipedia as the length of time an organism has lived. Aging therefore is a multidimensional process of physical, psychological, and social changes that take place in human which ultimately may redefine the functionality of human organism.
On the other hand, fertility could be referred to as the normal or natural capability of giving life, put differently, fertility could be said to be the ability to conceive and have children, the ability to become pregnant through normal and natural means.
However, it has been observed and scientifically proven that the chances of couples bearing children reduce as they advance in age.
It has been acknowledged that fertility declines as we age, but with all the reports of couples becoming parents after age of 40, the full impact of age on fertility may not be really appreciated.
According to medical research both woman and man experience decline in fertility as their age progress. For instance, the ability and possibility of a couple whose age have advance to say 35 for the woman and 40 for the man to have children through the normal and natural conception after intercourse declines. The cycle goes on and on even as they advance to 50 years and above. At this stage if becomes very glaring and obvious that natural conception is almost impossible and by implication a serious case of infertility has really set in.
In most cases, we see the age of the woman as the most important fertility reducing factor that must be dealt with. This can often make it quiet difficult to determine the root cause of infertility. This is because age is one factor that usually comes to mind when a couple faces pregnancy difficulties. It means that age actually plays a significant role in determining female fertility.
The truth is that, as a woman progresses in age, the number of active or viable eggs in her ovary reduces significantly, her menstrual cycles becomes irregular and shorter as she nears menopause, the endometrium may become thinner and less accommodating to fertilized eggs, vaginal secretions can become less fluid and more hostile to sperm and so on. All these factors help to further compound the woman’s fertility dilemma occasioned by age.
One may ask. “Is this the end of the road for the couple in terms of child bearing”? The answer is capital “NO”.
Thanks to the breakthroughs in the field of human medicine, particularly the discovery of In vitro fertilization (IVF) treatment, which has made it possible for couples with fertility challenges to achieve conception. Suffice it to say that the IVF treatment has put smiles on the lips of several older couples as they could as well have their own children, a feat which was hitherto impossible. Interestingly, since the advent of the IVF more and more couples with fertility challenges including women who are well over 70 years old have benefited from the treatment all over the world including Nigeria.
Cheering as the IVF option for overcoming fertility challenges may seem, it is very important that couples start early enough to have children instead of delaying for one reason or the other as age may later pose a serious threat to their fertility status.