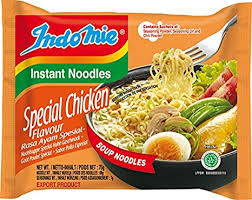 In line with its commitment to its Corporate Social Responsibility (CSR) initiative for children, Dufil Prima Foods Plc, makers of Indomie Instant Noodles has unveiled and rewarded three more lucky winners who emerged at this year’s Indomie Independence Day Awards (IIDA). Each awardees went home with NI million scholarship for social, physical and intellectual bravery categories, in addition to donations from kind-hearted individuals and corporate organizations.
With the emergence of this year’s set of winners, a total of 27 children have now been rewarded over the nine years of existence of the initiative.
Fourteen-year-old Salisu Ibrahim, one of the winners is a visually impaired pupil of Special Education Centre, Bauchi. He has been blind from birth. He is a cobbler, who puts the legs of the able bodied persons in shoes. Another winner of the categories was a nascent inventor, Babatimileyin Daomi. He is 15, but has creatively invented a vacuum cleaner, a phone bank, a portable fan, self watered flour vase and a functional radio.
The third winner was a 15-year old Favour Unwene. She came from Ikono, in Akwa Ibom State to clinch her N1,000,000 scholarship award in the social bravery category.
Favour saved a life. According to her, she visited her friends to see how they were faring, only to discover assassins had killed two of the family members. Her timely intervention saved the life of the third person who as well would have been killed.
While giving his welcome address, the Group Managing Director, Dufil Prima Foods, Mr. Deepak Singhal, said the ninth edition of the landmark event is targeted at expanding the initiative into categories to identifying, recognising and rewarding children, who have done well in distinguishing themselves by carrying out exemplary heroic acts in each category that have touched the lives of others positively.
“This event is noteworthy as it seeks to fill the gap that exists in celebrating and rewarding the positive efforts, strong character, and achievements of many young children who have exhibited various acts of courage and heroism at one time or the other within the country.”
According to Singhal, Dufil Prima Foods would always celebrate children who serve as change agents in their respective communities and beyond.
He added that the winners indeed deserve to be celebrated for scaling the strict standards of the panel of judges who followed laid down guidelines as has always been the norm since the inception of the awards.
Before their stories crossed the major hurdles to be deliberated on by the judges, they were verified by the research team after which eyewitnesses were interviewed to ascertain the authenticity of their stories.
Managing Director of The Education Partnership Centre (TEP Centre) and an education policy expert with several years of research experience spanning academia and private sector research, Dr Modupe Adefeso-Olateju, delivered the keynote address at the event.
In her keynote speech titled, “The Nigerian Child: Our Biggest But Yet Untapped Resource,” Dr Adefeso-Olateju, emphasised the need for the empowerment of the Nigerian Child.
She said: “We need to get things right with the Nigerian Children and only then can they be an asset to the nation. We need to create an environment where they can develop their natural talent. They must be given a chance to contribute to their societies, and thus to economic development and the growth of the nation.
It is apparent that for any nation to develop economically there is need to improve the nation’s human capital by investing heavily on education. The current state of our education system needs to be overhauled to focus on the needs of the most important stakeholder group – the Nigerian child.”
Addressing the winners as “the resource for national development,” she commended Stanbic IBTC Bank and DAAR Communications Plc, for partnering with Dufil to make the event successful and charged more organizations to toe the line of Dufil Prima Foods by also contributing efforts similar to this, which is bound to ensure a more secure and blissful future for our kids.
The Group Public Relations & Event Manager, Dufil Prima Foods Plc, Mr. Tope Ashiwaju congratulated the winners of this year’s IIDA awards and reiterated the company’s commitment to the developmental growth of the Nigerian child.
Ashiwaju further said: “Having come this far with many success stories since inception as it relates to the children that have emerged winners, I make bold to say that the editions to come will be more memorable than the previous ones.”
On hand to felicitate with Dufil Prima Foods Plc and the winners were Senator Olorunnimbe Mamora, the First Lady of Lagos State, Mrs Bolanle Ambode, Former CBN Governor, Chief Joseph Sanusi noting that the landmark event was a message of hope to minors nationwide that their best efforts were appreciated.