Zika Virus: US Calls For Condom Use, Abstinence 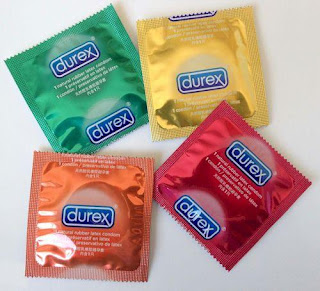 By Chioma Umeha
US health authorities on Friday urged people to use condoms or refrain from sex if they live in or have traveled to areas where the Zika virus is circulating.
The new interim guidelines from the US Centers from Disease Control are aimed at pregnant women and their partners, and those of childbearing age who are concerned about Zika, a primarily mosquito-borne virus which has been linked to birth defects.
Earlier this week, US health officials confirmed the first case of sexually-transmitted Zika, involving a person who had traveled to Venezuela and infected a sexual partner in Texas upon return.
“Men with a pregnant sex partner who reside in or have traveled to an area of active Zika virus transmission and their pregnant sex partners should consistently and correctly use condoms during sex (vaginal, anal, or oral) or abstain from sexual activity for the duration of the pregnancy,” said the CDC.
“Consistent and correct use of latex condoms reduces the risk of sexual transmission of many infections, including those caused by other viruses.”
The CDC urged couples in which a partner is not pregnant to “consider using condoms consistently and correctly during sex or abstaining from sexual activity.”
“The science is not clear on how long the risk should be avoided,” added the CDC statement.
“Research is now underway to answer this question as soon as possible. If you are trying to get pregnant, you may consider testing in discussion with your health care provider.”
Meanwhile in Brazil, the nation’s top research institute said that Zika has been detected in urine and saliva, but added that there was no proof the virus could be transmitted through those fluids.
Thousands of children in Brazil have been born with shrunken heads in the past year — a birth defect that some research suggests could result from Zika infection.