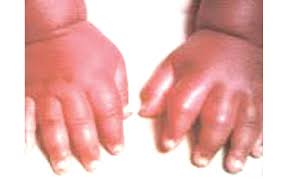 As the world marked Sickle Cell Disease Awareness Day penultimate week, experts have reiterated the importance of early diagnosis, saying it can prevent many difficulties and ease treatment, thereby increasing the chance of patient’s survival.
To this effect, Lagos State, has announced that testing for sickle cell disease will soon become a compulsory part of the newborn screening programme.
Sickle cell disease and sickle cell trait can be diagnosed with a simple blood test and can also be diagnosed before the baby is born.
Speaking recently in an interview, Dr. Jide Idris, Commissioner for Health in the state, said that the purpose is to diagnose affected babies early in life and thus introduce timely and lifesaving interventions that would manage avoidable suffering and possibly prevent death.
The test will utilise blood from the blood samples used for other routine newborn screening tests, Dr. Idris said.
It can show whether a newborn infant has sickle cell disease or sickle cell trait, the Commissioner added.
The prenatal (before birth) screening is done using a sample of amniotic fluid or tissue taken from the placenta. The placenta is the organ that attaches the umbilical cord to the mother’s womb. This test can be done in the first few weeks of pregnancy for people who are at high risk due to their genotype.
The incidence of sickle cell disease can be reduced if intending parents have adequate information about genotype compatibility.
According to a survey conducted in Abuja recently, 42 per cent of the respondents do not know what genotype is. This information and genotype testing should be made accessible through religious and youth organisations, the survey recommended.
There are four genotypes in humans – AA, AS, SS, AC (AC being a variant of AS gene). Intending couples should know both their own genotype as well as their partner’s genotype at the early stage of their relationship before they are well rooted in love and emotions.
These can easily be checked through a blood test.
The Lagos State Health Ministry boss further noted that there is need to provide adequate safe blood for transfusion to save and support lives.
According to him, 104 donor drives were carried out in various corporate organisations by Lagos State Blood Transfusion Services (LSBTS) between 2016 and 2017 resulting in the recruitment of 3,694 voluntary blood donors.
This state regulatory body also screened 86,419 units of blood for both private and public blood banks during the last one year out of which 82,016 were approved for use.
In the course of one year, six new private blood banks were registered for accreditation while four were closed because of the inability to maintain the state’s criteria for registration.
It is widely agreed that bone marrow transplant can bring the hope of better treatment for sickle cell disease.
To this end, the Lagos State government donated N200 million to Nigeria Sickle Cell Foundation for bone marrow transplant to ensure that more residents benefit from this intervention, Idris said.
Though, bone marrow transplants can cure sickle cell disease, the procedure has significant risks because transplants are not appropriate for every patient, he observed.
Transplants are used primarily in young patients who have severe sickle cell disease, Dr. Idris said, adding that the decision to give this treatment is made on individual basis.
He enjoined governments at all levels to regard sickle cell disease as a major public health issue deserving meaningful and targeted government attention.