How Do Exercise, Weight and Age Affect Fertility? 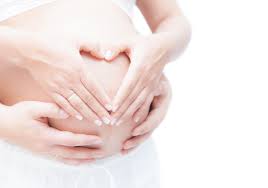 Exercise: Exercise should be encouraged for both women and men who are gearing up to try to conceive. However, excessive, strenuous exercise in women may result in disruption of the ovulation cycle, thereby affecting her periods. Normal exercise has not been linked to miscarriages (loss of pregnancy), but certain forms of exercise (for example, high-impact or contact sports or scuba diving) should be avoided in pregnancy. In men, too much exercise may cause a low sperm count.
Weight and fertility
A healthy diet is very important for women who are trying for a baby. Being overweight can affect a woman’s fertility and can cause complications during pregnancy. A woman who is overweight and who is planning a pregnancy would be advised to lose weight before she conceives.
Obesity can affect fertility by causing hormonal imbalances and problems with ovulation, particularly for obese women having their first baby. Obesity is associated with poly-cystic ovary syndrome (PCOS), a common cause of infertility. PCOS is a common hormonal condition especially in infertile women, affecting up to one in five women of reproductive age. Early diagnosis, living a healthy lifestyle and treatment can help optimise fertility.
If a mother is obese, it increases the risk of pregnancy complications and health problems for the baby. Risks associated with obesity in pregnancy include miscarriage, hypertension, pre-eclampsia , gestational diabetes, infection, blood clotting, need for induction of labour, Caesarean birth and stillbirth.
Babies born to overweight or obese mothers are more likely than those born to healthy-weight mothers to become obese children and adults, and to have more health problems.
Weight loss with anorexia or bulimia can disrupt a woman’s menstrual cycle and thereby reduce her chances of becoming pregnant.
Being underweight can also reduce a woman’s fertility. It can cause hormone imbalances that affect ovulation and therefore a woman’s chance of getting pregnant. Compared to healthy weight women, underweight women are more than twice as likely to take more than a year to get pregnant. Having a BMI under 18.5 is considered ‘underweight.’
Figures about women, weight and fertility
•            Women who are overweight or obese have less chance of getting pregnant overall. They are also more likely than women of healthy weight to take more than a year to get pregnant.
•            The risk of pre-eclampsia doubles in overweight women and triples in obese women. Overweight women have twice the risk of gestational (pregnancy-related) diabetes and obese women eight times the risk, compared with women of healthy weight.
•            A woman who is obese is more than twice as likely to have a miscarriage as a woman of healthy weight. There is twice the risk that her baby will not survive.
•            Infants born to obese women are more likely to be large for their age, need neonatal intensive care or have a congenital abnormality.
For women with diabetes, it is especially important to plan for pregnancy. If possible, it is recommended to review your diabetes and your general health with your doctor, at least three to six months before trying to conceive.
Age and fertility.
A woman’s peak fertility is in her early 20s. At age 35 and beyond (and particularly after 40), the likelihood of becoming pregnant reduces. As men age, levels of testosterone fall, and the volume and concentration of sperm change.
Healthy couples younger than 30 years who have regular sexual intercourse and use no contraception have a 25 per cent to 30 per cent chance of achieving pregnancy each month.