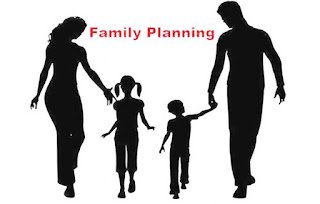 Chioma Umeha
There are increasing calls for Nigeria to consider family planning so as to effectively control the number of birth amid rising population of almost 200 million people in the in the face of scarce resource.
There are also series of awareness campaigns by government and health related non-governmental organisation aimed at taking the message of effective family planning (FP) across homes in towns and villages.
Despite increased awareness programmes on family planning in the country, the uptake remains very low.
As method of ensuring effective population control, the global community has set 2020 as a target for more women and girls around the globe to be able to plan their families and their future via family planning programmes.
Visibly acting in line with this global commitment, Nigeria also set a target to increase its Contraceptive Prevalence Rate (CPR) from 15 per cent to 27 per cent that by 2020.
The CPR which is ‘the percentage of women of reproductive age who are currently using, or whose sexual partner is currently using, at least one contraceptive method, regardless of the method used’, is often reported for women aged 15 to 49 who are married or in a union.
To achieve the 27 per cent target, state governments also gave themselves target and Lagos state made a commitment to increasing its CPR to 74 per cent by 2020.
Less than two years to the global target, recent reports obtained by DAILY INDEPENDENT shows that the state CPR is drastically reducing, despite concerted efforts by the government.
Latest Multiple Indicators Cluster Survey (MICS) conducted by National Bureau of Statistics (NBS) shows that the contraceptives prevalence rates (CPR) is generally reducing in the South west states with Lagos sharing the lowest figure after Edo, Ogun and Ondo.
The 2017 figures showed that Edo had the lowest use of contraceptives with 15.7 per cent, Ogun and Ondo had 21.3 per cent and 21.8 percent respectively, while use of contraceptives in Lagos was 22.6 per cent.
The report showed a sharp drop in the use of contraceptives since the last ten years in Lagos state from 40.6 per cent in 2007 to 22.6 per cent.
To this, experts say they are ‘seriously worried’ about the trend in in view of growing need and demand for contraceptives. The development has raised many difficult posers about the reasons for the trend.
Worse still, unmet need for contraceptives among married women in the South west region was lowest in Lagos state in 2007.  While unmet need for contraceptives among married women in the entire South west region was put at 12.1 per cent of the national figure, Lagos state alone shared 8.1 per cent of that figure.
Ten years later that is by 2017, unmet contraceptive need had dropped significantly across the region. But, unmet need in Lagos (29.6) had become higher than the regional average (28.4).
Obviously, there are 29.6 per cent of Lagos women whose needs for contraceptives were still not met.
Did something undesirable happen to family planning efforts over the last decade in Lagos?  Why is the use of one contraceptives on the decline  in the state? These are some of the recurring questions among analysts.
Reacting, stakeholders in the health sector of the Lagos State have attributed the trend to growing misconceptions that have continued to trail family planning in the state and its environs.
Among the most common are beliefs that family planning causes excessive bleeding and infertility, they lamented.
Experts believe that there is need for providers of family planning services in the state to counsel clients on the various methods available and the side effects, so that they can make an informed choice.
They emphasised on the need to focus on both providers and clients with regards to attitude change.
Commenting recently, Dr. Jide Idris, the Commissioner for Health, identified misconceptions and myths as part of the major barriers to the uptake of family services in the state.
Idris spoke at the Isolo Local Council Development Area (LCDA) Town Hall Meeting on Family Planning in Lagos, called for collaboration among all stakeholders from every sector to improve family planning services.
He listed some traditions and misconceptions militating against adequate Family Planning uptake, especially Modern Contraceptive Prevalent Rate (MCPR) in the state.
Some of them, he said are beliefs that family planning causes excessive bleeding, cancer, infertility among other issues.
Similarly, Dr. Folashade  Oludara, Director, Family Health Unit, Lagos State Ministry of Health, corroborating the Health Commissioner stressed that some old beliefs are seriously mitigating family planning services in the state.
Sharing some of their experiences, Oludara told some select journalists from different media platforms, including DAILY INDEPENDENT in her office, recently said; “Some people told our family planning team in one of their sensitisation programmes that family planning is bad.

“They insisted that a woman need to bring out all the eggs God have given her by birthing, else it would turn to cancer.”
In some instance, she said “There are communities we go to in Lagos State that vehemently refuse immunisation and life-saving commodities, saying it is government’s ploy to make their children infertile and family planning is not left out,” she explained.
The Director, Family Health Unit also listed some benefits of FP to include; child spacing, high productivity of the mother, improved quality life of the children as well as the family.
She further tasked the media to ensure propagation of accurate information on Family Planning.
Oludara said, “Media needs to spread the correct information at all times, and not confuse the people the more.”
She therefore charged the media to help change these myths and misconceptions surrounding the usage of FP services in the country in order to increase its uptake and safe women from dying from preventable causes.
On her part, Dr. Moriam Olaide Jagun, the Senior Programme Officer, Palladium Technical Support Unit, corroborating the views of the Health Commissioner, identified behaviour change as a method of tackling misconceptions against family planning in the state.
Jagun who is currently working with the Lagos State Ministry of Health to implement its family planning programme noted that the State is making progress with regards to family planning commodities.
She explained that Lagos State is the first state to put in money to the last mile distribution.
The procurement of the commodities is done by the United Nations Population Fund (UNFPA) and given to the Federal Ministry of Health and it’s been distributed to various states in the country but Lagos State pays money for it to get to various facilities (last mile distribution), Jagun explained.
But, she stressed, that there is big gap in the area of unmet needs of married women seeking contraceptives.
The family planning expert lamented; “There is still more room for improvement. The number of unmet need is high. What we need to do as media practitioners is to advocate reaching the State’s 74 per cent target.”
She also tasked the media for its support to help change the myths and misconceptions surrounding the use of family services in the State in order to increase its uptake and save women from dying from preventable causes.
Jagun said; “When churning out reports, let’s write stories that will raise the profile of family planning. The awareness concerning family planning is high but what people need to know is that family planning methods are safe, free in both public and private health facility.

“Government is interested in pushing family planning forward and increase uptake. More people are using it, but most people are still scared to talk about it.
Jagun added; “Most people know about family planning, but we need to transcend from awareness to usage. I encourage people who are using family planning method to advocate for it. It will help increase uptake.
The reproductive health expert who spoke with journalists at a three-day  Pathfinder International/Media Dialogue on Family Planning, said with family planning, mothers and babies become healthier, because risky pregnancies are avoided, adding that fewer children means more food for each child.
“Family planning is cheap and abortion is expensive, you can get family planning free at any public health facility because the government has made provision for it.
Listing the economic benefits of family planning, she said; “Once it is administered to the woman, she will have enough time to take care of her existing children, husband and family at large. The woman will be economically viable to her family.
“For every dollar spent on family planning, six dollars is been saved for the country and the six dollars can be used to do other things in the health system.”
“For the myths and misconceptions, we need to debunk it, she insisted, adding, “The side effects are real for some of the methods, some people bleed, have headaches and even gain weight but there is different method for everyone.
“That is why the clients must be properly examined to check the various methods and the right one to choose from.”