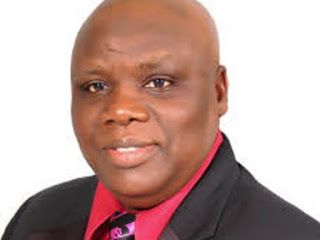 History was made among the community pharmacists recently, as the national body of the Association of Community Pharmacists (ACPN) inaugurated its National Secretariat at Ikeja, Lagos State.
The event was graced by many notable personalities in the pharmaceutical sector including, Pharm. Ahmed Yakasai, the president of the Pharmaceutical Society of Nigeria (PSN) who commissioned the befitting edifice.
Other notable guests at the event were – Dr. UNO Uwaga, the Chairman of the Board of Trustees for ACPN; Pharm. Bukky George, the Managing Director of Healthplus, among many former presidents of different pharmaceutical bodies.
Pharm. Yakasai stated that it was a thing of joy for him to see this development come to light.
He said that he is ‘a proud father’ as the inauguration of the building was a “testimony of when you have a proud son who can carry out directives.”
He described the secretariat as “A home for all pharmacists across board.”
Pharm. Yakasai stated that the community pharmacists is one of the strongest arms of the pharmaceutical profession, and acknowledged the leadership of the great body – stating that it is a leadership that is ready to make a difference and one that looks at posterity.
He congratulated the ACPN Chairman, Dr. Kelong Alkali for building such a spacious place, and said that he has added value to the pharmaceutical profession.
He further encouraged all other technical arms of the pharmaceutical society to emulate the actions of the ACPN, as PSN is ready to support and donate to any pharmaceutical arm that wishes to build their own place.
Dr. Albert Kelong Alkali expressed his gratitude to all members of the Association of Community Pharmacists, stating that it was not an easy feat yet they were able to accomplish it.
He told journalists at the event that the community pharmacists were made to contribute extra funds towards this project and they did it wholeheartedly.
He further expressed his gratitude to the pharmaceutical companies that partnered with them and donated towards the project.
He went further to state that the secretariat is going to make a huge impact for ACPN as it is indeed a big step and will serve as an image maker for the association.
He also said that the new secretariat will “cut down the cost of meetings” as the body will now hold its National Executive Meetings in the secretariat which boasts of a large hall.
He also said that the new secretariat will give the ACPN room to run their Drug Information Centre very well, and that the space of the office will help the Association’s Secretariat run more efficiently.