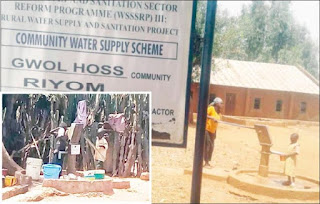 In Nigeria, however, access to clean water and sanitation is generally improving – but at a slow pace.
The recent Multiple Indicator Cluster Survey (MICS), conducted by the government in 2016/17 indicated that about 40 per cent of households and over 69 million people do not have access to clean water in Nigeria.
Water-borne diseases and childhood mortality
However, UNICEF indicated that children without access to safe water are more likely to die in infancy or during childhood from waterborne diseases.
It added that diarrhoea remains the leading cause of death among children under the age of five in Nigeria.
The UNICEF report said, “Waterborne diseases also contribute to stunting of growth in children. A stunted child is shorter than she or he could have been and will never be able to reach her or his full cognitive potential.”
“Children are dying every day from diseases, such as diarrhoea, even though we know how to prevent them,” said Clarissa Brocklehurst, chief of water and sanitation for UNICEF.
“We must work hand in hand – health professionals alongside engineers – to ensure that improvements in water supply, sanitation and hygiene reach everyone.”
UNICEF noted that diarrhoea, cholera, typhoid and other diseases can easily be prevented with cheap and proven interventions such as pit latrines and hand-washing with soap.
Regardless, progress has been ‘painfully slow’ in many developing countries, the organisation said.