Use Of Contraceptives Can Lead To Happier, Healthier Family 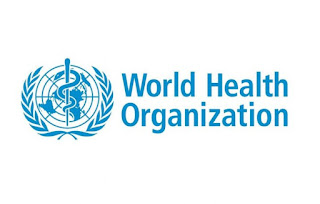 Giving birth is supposed to be a sweet and satisfying experience. However,  for too many women, especially in low and middle-income countries like Nigeria, it is associated with suffering, ill health and death. It is one of those times bringing forth-new life is considered a huge risk.
According to a study done by the Guttmacher Institute, New York, a woman’s ability to space and limit her pregnancies can change the narrative; giving her a positive impact on her health and the well being of other members of her family.
The study, which reviewed 66 research works over a period of 30 years, also showed that a preference for family planning in determining whether and when to have children plays a major role on the mental health of the parents and the overall health of their children.
The study also found that women and men who experience unintended pregnancy and unplanned childbirth are more likely to experience depression, anxiety and lower reported levels of happiness than those who do not.
Just like the World Health Organisation’s (WHO) definition of health as a “state of complete physical, mental, and social well being, and not merely the absence of disease or infirmity”, health watchers believe that the use of contraception can enhance individual’s health and ensures happy and peaceful homes.
Also, family planning experts say contraceptives also enhance education and employment chances for the women, and in turn, improve their income, family stability, and mental capacity.
They also regret that most families who have not taken advantage of the benefits of family planning mostly live in developing countries of the world.
Sadly, one of such countries is Nigeria. For instance, statistics from the United Nations Population Fund (UNFPA), show that in Nigeria, only about 30 per cent of sexually active women use contraceptives, while about 20 million women have no access to safe and effective family planning services, leading to high maternal and child deaths. In some cases, it leads to complications and other general health issues.
Also of the 30 per cent of sexually active in Nigeria, only about 20 per cent of them use modern contraceptive method, while 10 per cent use traditional methods.
Experts fear that if the trend continues by 2050, the country’s population, which was recently put at over 195 million, may skyrocket from the present figure to about 400 million at a growth rate of 2.54 per cent.
They argue that this steady increase in population, will not only contribute to making the country one of the poorest in the world with 64 per cent of the citizens living below poverty line but will lead to the breeding of unhealthy children. Unfortunately, lack of family planning has been linked to poor health indices and high death rates among mothers and their children.
However, with family planning, couples will attain their desired number of children and determine the spacing of pregnancies through use of contraceptive methods, hence a means to check the growing population.
Adopted from Media Advocacy For Family Planning
AducAccording to Maureen Norton, a Senior Technical Advisor, United States Agency for International Development (USAID), has emphasized that family planning helps ensure that pregnancies occur at the healthiest time of a woman’s life, and these pregnancies are wanted and planned.
Norton explained that when pregnancies occur at the healthiest times, women and their newborns are more likely to survive and live healthy lives.
Generally, there are conditions that determine the healthiest possible stage for pregnancy, the mother should be over the age of 18; she should have at least three years between live births or one-and-a-half years after an induced abortion or miscarriage; and have fewer that five previous pregnancies.
So while Nigeria has been fingered as one of the worst places on earth to give birth and raise children, family planning has been proven as one of the viable solutions to addressing maternal and child health in Nigeria.