Over population remains a major challenge to Africa and its peoples due to poor policies and implementation of family planning programmes. Dr. Leticia Adelaide Appiah, the Executive Director, National Population Council, the highest advisory body to the government of Ghana on population and related issues, in this interview with CHIOMA UMEHA, speaks on the far-reaching consequences of escalating population in many African countries including Nigeria and Ghana. Excerpts:

What is over population?

Over population is an undesirable condition where numbers of existing human population exceed the carrying capacity of the earth. This is because of reduced mortality rate, better medical facilities, industrialisation and improved public health and high fertility levels. Currently, Africa’s problem is the extremely rapid population growth rate that makes it extremely difficult for governments to supply the needed social and economic programmes to improve quality of life.  For example, the total population in Nigeria was estimated at 191 million people in 2017 and a net increase of about 14, 000 people (21,000 births and 7,000 deaths) daily or about  five million annually.  In 1960, Nigeria had 45.1 million people.  The United Kingdom on the other hand had a population of 52.2 million people in 1960 and was estimated at 66.2 million people in 2017, according to the latest census figures. Though UK had more people than Nigeria in 1960, Nigeria has about three times more people compared to UK in 2017.

Such high population growth rates lead to widespread food shortages, malnutrition, crowded and sub-standard schools, crowded hospitals, teeming slums, inadequate water supply, inadequate electricity supply, failing banks and security threats among others.  Afterall, nation building is by the people and for the people. There is therefore the need to balance the reproduction and production capacities of the citizenry through effective policies and programmes with the welfare of the people as the paramount goal. Healthy people are more productive while unhealthy, malnourished, stunted, poorly skilled people consume more than they produce.

Would you like to mention a few countries that have achieved success in population control?
Thailand within 15 years from 1971 halved its growth rate from 3.2 per cent to 1.6 per cent and increased use of contraceptives among married couples from 15 per cent to 70 per cent within the same period and number of births per woman reduced from 6 to 2 The population of Thailand in 1970 was about 37 million and increased gradually to about 68 million in 2016 with GDP per capita increasing from $570 in 1960 to $ 5901 in 2016.  In effect, Thailand produced fewer, healthier, happier and more educated people for national development.

Rwanda is another country which places emphasis on the harmonization of population growth in its Economic Development and Poverty Reduction vision 2020. The reduction of the main causes of mortality, reducing total fertility rate, decreasing infant and maternal mortality and ultimately reducing population growth as the thrust of the vision.  The vision identified high population growth rate as a major challenge and singled out Family Planning (FP) as a key intervention crucial for reducing birth rates and improving quality of life.

What are the major causes and consequences of this challenge?

The population growth rate which is a function of birth rate, death rate and migration acts as the supply of labour force for a country and the economic situation -the demand factor.  An imbalance between the supply of labour and demand gives rise to unemployment, underemployment and poverty. A vicious cycle generated by a high dependency burden associated with a young age structure leads to low savings and investment per capita by families and nations which in turn lead to low economic growth and a low standard of living.

What should be done to curb these negative trends?

This vicious cycle can be broken at only two points. First, is by introducing an effective family planning program and at the stage of low economic growth by adopting policies to accelerate economic growth. To be successful, both actions must be pursued simultaneously. Balancing reproduction and productivity is key to national development. Unfortunately, some of our leaders focus only on the productive part of education and job creation with little attention to the reproductive needs of their citizens thereby keeping a lot of women and girls under the bondage of involuntary reproduction and nations bearing the consequences thereof.

What is the situation in Ghana and Nigeria in terms of public acceptability and use of contraceptive?

Contraceptive use and unmet need for family planning are key to effective fertility management, improving reproductive health and ultimately health of all citizens worldwide. Contraceptive use helps couples and individuals realize their basic right to decide freely and responsibly if, when and how many children to have and remain a sustainable family. The use of contraceptive methods not only results in improvements in health-related outcomes such as reduced maternal mortality and infant mortality but also educational, employment outcomes and in reaping demographic dividend.

According to the world trends in contraceptive 2015 report, globally, the contraceptive prevalence rate for modern methods is 57 per cent. Within Africa, countries with contraceptive prevalence of 50 per cent or more are mainly islands (Cabo Verde, Mauritius and Réunion), or located in the north of the continent along the Mediterranean coast including Algeria, Egypt, Morocco and Tunisia as well as  in Southern Africa such as Botswana, Lesotho, Namibia, South Africa and Swaziland.

Five countries in Eastern Africa including Kenya, Malawi, Rwanda, Zambia and Zimbabwe also had contraceptive prevalence levels of 50 per cent or more in 2015. In contrast, 17 African countries including Nigeria had contraceptive prevalence levels below 20 per cent with high unmet need for family planning and corresponding high dependency ratio and pregnancy related morbidities and mortalities.  Ghana is doing relatively better than Nigeria because the population is far less and the fertility rate is also lower. Nonetheless, the government of Ghana also needs to reposition family planning to reduce fertility and dependency ratio for accelerated socio-economic development.

Advocating for the acceptability of contraceptives in Sub-Saharan Africa should be a socio-economic empowerment agenda spearheaded by our political leadership enlisting the support of all stakeholders including the religious leaders, traditional leaders, health workers, teachers, civil society, private sector, the media, school children and the international community. Reducing fertility through increased contraceptive uptake reduces expenditure in all sectors and set the stage for accelerated economic development of families and ultimately nations. Focusing on family planning education and access in an enabling environment should therefore be an agenda for African leaders. Afterall, good politics improves human lives, reproductive health rights and responsibilities also improves human lives, therefore improving reproductive health and rights in a responsible way is good politics.

India and China recorded huge successes in shrinking their demographics through giving incentives to families with one or two only children. Do you think that this approach can be adopted in this region?

Yes, China and India implemented population policies that worked for them though some aspects were unethical by forcing people or through coercion. Currently, China has a fertility level that is below replacement of 2.1 per woman and therefore has relaxed its policy to allow women to have at least two children. Population policies differ from country to country and at times within countries, like weight management. Just as people who are overweight should reduce their weight to within a normal BMI range, so should countries with high fertility rates have policies that gives incentives and encourages fertility reduction as most countries in SSA. Countries with fertility rates below replacement level fertility of 2.1 should have policies serving as incentives and encouraging women to increase their fertility to the replacement level and countries with fertility levels at the replacement level should maintain whatever they are doing.

Governments drive everything through the policies they implement. An example is Iran. In December 1989, the government of Iran introduced a family planning program with three major goals. First to encourage women to space their pregnancies between three and four years, discourage pregnancy among women younger than 18 years and older than 35 years and limiting pregnancies to three per woman. Iran therefore fashioned its policy around reducing high risk pregnancies through advocacy and free supply of contraceptives. In as much as citizens had the right to have as many children as they wish, the government made them responsible by making citizens bear the full cost of additional births after the third child. The total fertility rate declined from 5.2 births per woman in 1989 to 2.8 in 1996. There was reduction in maternal and infant morbidity and mortality, improvement in health care and educational outcomes among other advantages.

What roles should ECOWAS and AU play in strengthening member countries on adoption of more stringent policies and legislation in this campaign?

ECOWAS and AU member countries should support each other in breaking the poverty cycle by simultaneously implementing an effective family planning program in addition to all the economic activities.  After all, the World Bank talks about GDP per capita. This means, nations should help their citizens reproduce themselves healthily and work effectively and efficiently to improve the GDP per capita. ECOWAS and AU must focus on reproductive health rights and responsibility as equally as they focus on economic interventions because one cannot afford to forget the per capita part of GDP per capita and meet the SDG goals or the Africa Agenda 2063. Nigeria being the most populous African country with a high population growth rate with massive population momentum, should be targeted for support by ECOWAS to reposition family planning as a critical socio economic intervention to improve human lives in this generation and set the stage for improved life for the next.

What is your advice to  population control agencies in Nigeria and other countries?

Nigeria is Africa’s most populous country. It has over 40 percent of its population below 15 years and has a net annual increase of about 5 million people. That is about the population of Norway being added to Nigeria’s population annually. This is certainly not sustainable for sustainable socio-economic development.

Population growth dramatically increases the need for all services including job creation. Linden, writing in the New York Times in 2017, illustrates the burden of exploding population. He said per the population structure of the United States, on average 129,000 new jobs monthly were created in 2016 but an America-size Nigeria would have to produce 319,000 jobs monthly, without cease. How can we sustain this? Let us know that the might of a nation is not necessarily in its size but in the might of its people that is the human capital. 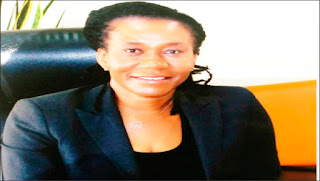 What are your final thoughts on these issues?

I believe that every pregnancy should be wanted, and every child cherished and nurtured to be a productive and proud citizen of nations. That is the only way any nation can develop since quality human capital accumulation is key for manufacturing durable assets for common good. Adequate investment in children from infancy through adolescence till they become productive is expensive and time consuming but that is the only way to transform our human resource to human capital for development.  Investing in reproductive health and rights have huge returns not just in terms of preventing high risk and unintended pregnancies, unsafe abortions and complication, but also improves nutrition for women and children, reduces risk of anaemia for women and children, increases survival and better health for mothers and children and fewer orphaned children. Investing in reproductive health in addition to reducing heath bill, frees up money for quality education of the citizens, thereby improving the status of all including women to contribute to economic growth. Investing in reproductive health saves money and helps nations produce healthy productive citizens for sustainable socio-economic development. The Africa we want, where no one is left behind.