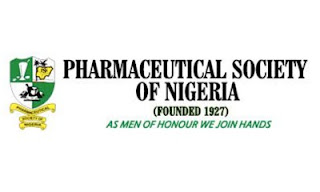 President of Pharmaceutical Society of Nigeria (PSN) on Friday performed the ground-breaking ceremony for the construction of the society’s multi-million naira eight-floor edifice tagged, “PSN Towers.”
The ground breaking ceremony came after a long struggle by the PSN to retrieve the land located in the eyebrow area of Victoria Island in Lagos.
The land which is estimated at 1,430 square metres was allocated to the society by the first Civilian Governor of Lagos, Alhaji Lateef Jakande at a time he was giving lands to professional bodies which applied for same.
It was learnt that the development of the land was contracted to two different contractors on Build, Operate and Transfer (BOT) basis but the contractors allegedly defaulted.
It eventually became a matter of litigation as the case was taken to the Land Tribunal in Lagos.
But when the President of PSN assumed the mantle of leadership, he explored every avenue to ensure the recovery of the land and through the intervention of prominent Nigerians especially the Oba of Lagos, Riliwanu Akiolu, the PSN was able to retrieve the choice land.
Performing the ground-breaking exercise signalling the commencement of work, Yakasai who is rounding up his tenure as the President of PSN recalled the tortuous battle to get back the land, saying the society almost lost the property.
He specifically thanked the Oba of Lagos for his intervention.
He said: “This is the PSN Towers, the commercial arm of the Pharmaceutical Society of Nigeria (PSN). We have been trying to see that we build our own headquarters where most of the big organisations are situated, that is former AfriBank Street which is now called Church Gate.
“And by the grace of God after retrieving our land which was in court for many years, I thank God and I must appreciate and extend my gratitude to the Oba of Lagos for intervening to get this land back to us.”
“Today we are doing the ground breaking of building of eight floors, a big edifice that we will tag the PSN towers. By the grace of God we want to complete it within a record time.”
Yakasai who disclosed that the project would be self-financed said the building would be put to commercial use by renting it to banks and corporate bodies.
He did not however rule out the possibility of giving it out to investors on a win-win situation. “But if we have a big investor that is not selfish, that’s not greedy, that thinks about the win-win situation, definitely the door is open there,” he added. Arch. Akose Enebeli who explained the architectural proposition of the building said it is an eight – storey building comprising six floors and two level car parks with each floor having enough spaces for banking halls and other commercial purposes.
Dr. John Nwaiwu, Chairman of the Property Committee said, “This story is a long term story. It is been on and off. By the time we acquired it, some people came and had an arrangement with us. They couldn’t keep their own part of the bargain and so on and so forth. In fact we almost lost it.”
“Except for the hard work and greater commitment of the President, Ahmed Yakasai. He almost touched the sky to make sure we got the land back and kudos to him.”