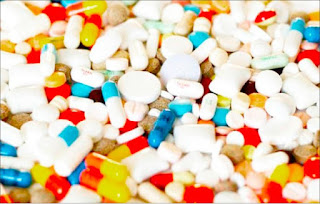 “Our deep conviction remains that dialogue remains a major pre-requisite to assuage feelings of some traumatised pharmacists who have been embarrassed based on what we currently have.”
Idowu said that the ACPN believes that the great reforms under the watch of Prof. Adeyeye would reposition the pharmaceutical industry, adding that the ISO certification of laboratory facilities at NAFDAC positions our manufacturers to enjoy greater exports of their products in the months ahead.
“The seven-star pro-active measure of subjecting NAFDAC to the World Health Organisation (WHO) global benchmarking is certainly a major advancement in the regulatory space in Nigeria as these ultimately places NAFDAC endorsement of any brand on a global pedestal,” she stated.
The ACPN lauded the modest efforts of NAFDAC under the leadership of Prof. Moji Adeyeye with regard to national development by documenting for posterity some obvious areas including much better management of the internally generated revenue (IGR) of NAFDAC such that some inherited debts are gradually been defrayed and renewed investments in upgrading laboratory facilities which now have ISO certification that boosts the philosophy of consumerism, a core tenet in the NAFDAC safety mandate. The seeming undue political exposure of NAFDAC appears to be drifting now to core professionalism which is the ideal in ultimate public interest.
It also noted the creation of sustainable relationship management with key stakeholders including all health professionals, pharmaceutical industry and the generality of those who have endeavors aligned to NAFDAC regulation.
The ACPN specially congratulated Prof. Moji Adeyeye on the auspicious occasion of the 25th anniversary celebration of NAFDAC, saying the agency is arguably one of the most impactful regulatory agencies in the Nigerian space.
At inception in 1993, the health sector in Nigeria contended with WHO/FMOH studies which put the incidence of faking drugs in Nigeria at 33 per cent with a fatality rate of seven per cent based on a 1988 survey. A 1998 study by the faculty of Pharmacy, UNILAG, Akoka had even a damning report through its review which put the incidence of fake drugs traceable to open markets at 49.6 per cent and another significant 32.8 per cent to PPMVL holders. As at 1998 the fatality rate had increased from seven per cent in 1988 to 12.8 per cent.
“To the credit of Prof. Moji Adeyeye, is the astuteness and doggedness in the fight against drug abuse and misuse. Her partnership with the young pharmacist group in this regard is particularly strategic,” the ACPN said.
The ACPN added that the efforts of NAFDAC under Prof. Adeyeye who canvassed reduction in drug registration tariffs were highly commendable especially B/C a summation of this and other factors increases drug prices in Nigeria.
“We must also commend the concession in fees approved for small businesses to thrive,” it said.
The ACPN commended NAFDAC as pioneer players in the quest for a sanitised drug distribution agenda, as well as the collaborations between the agency and PCN as championed through resolutions of the 2018 National Summit of the ACPN.
“We look forward to more success stories as NAFDAC and PCN jointly facilitate the National Drug Distribution Guidelines (NDDG) which provide for new pharmaceutical premises designated as coordinated wholesale centres (CWC) to replace the dreaded open Drug Markets (ODMs).
“While the PCN will register the CWCs, we look forward to strict regulation of available products by the DG NAFDAC and her management team,” the ACPN said.