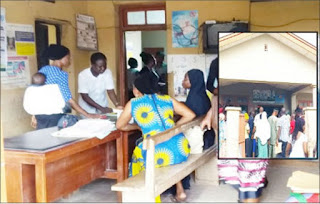 A common adage in Igbo says that the cry of a baby during birth brings joy to the mother and ultimately compensates for her pains and endurance through the nine months of pregnancy. But when it becomes the opposite, it throws the community and the family into perpetual sadness.
This was the situation some communities in Oyo found themselves a year ago until the state government, community leaders, UNICEF and other partners through the Accelerated Action for Impact (AAI) Initiative moved in to ensure that no child dies from preventable reasons.
Previously, statistics has it that in Nigeria, Oyo State is among the 15 states contributing to nearly 50 per cent newborn deaths in Nigeria.
Sadly too, the state was third highest contributor to newborn mortality rate in absolute numbers in the South West.
According to the Multiple Indicator Cluster Survey, (MICS) 2016/2017, Oyo shows undesirable 42 per cent of newborn mortality rate.
However, the AAI Initiative intervention devised measures secure the health and lives of an estimated 334.073 newborns and 1,670,366 under 5 children in the state.
One of the ways according to health experts is in breastfeeding because it helps to boost the immune system to fight childhood diseases. Global health says that every $1 invested in breastfeeding yields N35 in monetary terms.
The experts, who spoke at a recent media dialogue in Ibadan, with the theme ‘Improving Health Outcomes for Children in Oyo State through Accelerated Action for Impact,’ noted that the method is yielding positive health outcomes among children Oyo state.
Oyo has reduced the baseline of severe and acute malnutrition case from 16 to 12, according to a post-intervention review of NOA carried out between May and November, 2018, all thanks to AAI.
One of them, Dr Adebola Hassan, the United Nations Children Fund (UNICEF) Health Specialist, Akure Field Office, said UNICEF was engaging in various intervention programmes to assist the state in minimising the high prevalence of death of newborns in the state.
She said due to poor nutrition, improper breastfeeding, lack of immunisation and poor delivery system, among others, many newborn children had lost their lives in the state.
Hassan said that Ibadan North-East, Ibarapa North and Saki West Local Government Areas were among the six Local Governments in the state with highest infant mortality and neo-natal death in the state.
She said, with various interventions by UNICEF in partnership with the state government, the trend was changing.
Similarly, Mr. Ayobami Akinola, the Assistant Immunisation Coaching Officer for Ibadan North East Local Government Area, (LGA), said under the AAI intervention, women are being taught exclusive breastfeeding, proper immunisation and post-natal services, among others.

During a field trip organised by UNICEF to Iwo Road PHC, Ibadan, Mrs. Akinyomi Oluwatosin, a Community Health Extension Worker (CHEW) told DAILY INDEPENDENT that women are now embracing exclusive breastfeeding in the facility.
Oluwatosin said the CHEWs ensures that the women breastfeed their newborn exclusively and as well keep to immunisation appointments.
She said that prior to the AAI intervention, neonatal deaths in the PHC were high, but with the intervention, there is no record of newborn deaths any more.
Mrs. Jolasinmi Adebola, Chief Community Health Extension Worker said, “Through the various interventions such as counseling and awareness, the number of women for exclusive breastfeeding has increased from 103 to 189.
Also, Dr. Khadijat Alarape, the Oyo State Nutrition Officer, said that lack of proper breastfeeding had led to the death of many newborns.
Alarape said that many mothers failed to breastfeed their children immediately after birth, which she said led to the death of many newborns in the state.
She said that rather than give breast milk to newborns, many mothers were involved in giving concoctions or herbs to their babies at birth.
Alarape said that some mothers, due to beliefs that their nipples would ‘sag’ if they breastfeed, had also neglected breastfeeding.
She urged mothers to ensure proper placement of their newborns’ mouth on the ‘areola,’ the dark portion of breast and not the nipples to enable the baby to suck properly.
The Nutrition Officer further noted that AAI project is changing the narrative of child health in Oyo State. “Three months, post-intervention review of NOA indicated an improved knowledge in the practice of exclusive breastfeeding.”
In addition, she said; “The severe and acute malnutrition case identified at the baseline reduced from 16 to 12 during the intervention that was carried out between May and November 2018.”
Besides, she added that the exclusive breastfeeding rate had increased from 30.4 per cent in 2013 to 49.5 per cent in Oyo State in 2017. Also, she added that the early initiation of breastfeeding has improved.
The UNICEF interventions are completely strategic following the agency’s involvement of community, religious and traditional leaders and health workers among others.
The leaders initiated house-to-house mobilisation and sensitisation in the communities, while the health workers engaged on constant outreach programmes even in the states’ hard-to-reach areas.
Today, in Oyo, it is an offence for a pregnant woman not to visit the hospital for antenatal or fail to immunise her children. Even Landlords quit their tenants who fail to access healthcare or immunise their children. Community members now come together to mobilise women to use health facilities at no cost.
Blessing Ejiofor, UNICEF’s Media Officer, solicited media support on accurate and informed report on preventable child death in Nigeria.
Ejiofor said the essence was to draw the government’s attention to the need to scale up action in order to reverse the ugly trend of death of newborn.