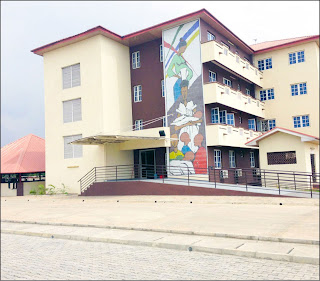 Speaking at a training programme of the Population Reference Bureau (PRB) and SAFE ENGAGE in collaboration with the Network of Reproductive Health Journalists (NRHJN) in Lagos recently, Prof. Fabamwo said the state government was working assiduously to improve access to safe abortion within the extant laws of the land.
He said that statistics shows that unsafe abortions account for roughly 5,000 maternal deaths every year in Nigeria, or on average, 14 maternal deaths each day, while unsafe abortions are also costly to women and the health care system.
He added that 50% of deaths due to unsafe abortion are adolescents while 60% of abortions are done by quacks.
The LASUTH CMD noted that restrictive abortion laws, prohibitive costs, poor access to safe health services, and intense social stigma were barriers that prevent women from accessing safe and legal abortion.
He said the Lagos Ministry of Health was planning to give effect to the 2011 Criminal Code that allows for legal abortion to protect the physical health and life of a woman and requires that safe abortion services be provided within the full extant the law.
Prof. Fabamwo advocated safe abortion done by qualified personnel while the drugs should be strictly prescription drugs in order to avoid abuse.
Calling on other states of the federation to emulate Lagos State, he said there were opportunities to adopt the nationally approved clinical guidelines on safe abortion for legal indications and the 2015 Violence Against Persons Prohibition (VAPP) Act.
The VAPP Act, he explained, protects girls, women, and marginalised communities from abuse, and ensures comprehensive medical services for victims of rape and incest.
Dr. Funmi Ola Olorun, Co-Principal Investigator, PMA2020, in his own presentation said that abortion occurs among women of all ages and socioeconomic status.
Stakeholders were of the opinion that there was need to step up public awareness on causes and consequences of unsafe abortions and the dangers of not having access to legal and safe abortion.