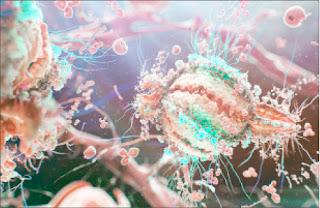 A Non-Governmental Organisation, Centre for the Right to Health has called for investment in new HIV prevention treatment, Pre- exposure Prophylaxis, (PReP) as it helps in reducing HIV infection.
Speaking to journalists in Lagos during a two day media training on biomedical HIV prevention in Nigeria, the Program Director of the Centre,  Mr Bede Eziefule said PReP is a drug that HIV negative persons can take to prevent being positive especially those that are sexually active, adding that it has been proven to be 90 percent effective when used correctly and consistently.
According to him, “as you might also know we are at a cross road and interesting times in prevention of HIV infection. More and more persons, especially young persons who constitute the bulk of persons are getting infected daily with HIV are beginning to ask for more options to protect themselves from contracting HIV.”
He said the media is an important force in shaping socio-economic and political structures of the country, by extension amplifying advocates voices on issues of health and healthcare in Nigeria as he called on journalists to chart the course to the appropriate quarters.
Eziefule said for the private sector and the society at large, stating that “every business man dream is to make profit but what happens when major percent of his workers (sexually active) get infected with the virus. There would be low production and the business might not move as expected.
He however said that the private sector especially the business men and women need to access PReP so as to help improve the health of the workers, stating that, “these would also be beneficial if this sector localizes PReP in their work place or create a special pool fund for HIV/AIDs prevention and treatment.”
Lending his voice, Mr. William Rashidi, a Human Right Activist for Bi-sexual and Gender Minority in Nigeria said these group of people are vulnerable and susceptible to HIV, adding that the group are mainly men who have sex with men, female sex workers, individuals who take drugs as well as sexually active adolescents stand a high risk of HIV.
According to him, “those who are at high risk of being infected with HIV, should use PReP in order not to become positive. PReP is for those who are negative.”
On PReP availability, Rashidi said, “Nigeria has just finished a PReP demonstration study to see how it will be received in the country, the results are encouraging, however, it is not easily accessible in the country right now, there are places in Lagos and Abuja where PReP treatment can be accessed.”
He said PReP can be accessed through Institute for Human Virology in partnership with International Centre For Advocacy on the Right to Health in Abuja.