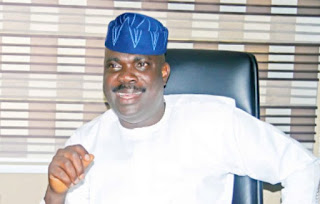 I congratulate you on your successful hosting of the 38th Annual National Conference of the ACPN. Could you briefly tell us something about the conference?
It gives me great joy to welcome all members to the proceedings of the 38th Annual National Conference of the foremost technical group of the Pharmaceutical Society of Nigeria (PSN). Over time, we have strived to evolve as the flagship and conscience of the Pharmacy profession in Nigeria. I believe we have kept faith with this posture by upholding and consolidating the gains of past leaders of the ACPN (formerly, Nigerian Association of General Practice Pharmacist (NAGPP).
We shall exploit this discourse to critically evaluate some contemporary subject matters in the health sector and more specifically Pharmacy practice.

Briefly, what are the issues?
Redressing the Menace of Drug Abuse and Misuse in Nigeria is one. The ACPN and other major blocs as well as interest groups have taken the lead in bringing the challenges of drug abuse and misuse to front burners in the last few months to encourage government at all levels and critical stakeholders appreciate the immensity of the aberration that confronts us as a people. The social menace which is boosted by challenges of unemployment and under-employment of youths and even the elderly deserves more serious handling if we shall not be held responsible for raising a new generation of drug addicts. The ACPN therefore finds it necessary once again to call on the National Assembly to see an urgent need to amend the NDLEA Act to give room for more professional engagement of registered Pharmacists in the day to day management of this very sensitive drug regulatory agency.
Specifically, the NDLEA must be structured to have a Directorate of Consumer Enlightenment and Protection which must be headed by a registered Pharmacist because of his widely acclaimed expertise as drug expert. This directorate will be activated to champion unprecedented advocacy in consumerism with the ultimate advantage of generating a resolve to shun drug abuse by our teeming youths and other vulnerable groups in larger society.
It is apparent that we contend with huge numbers of chronic drug abusers in the country at the moment. The NDLEA enabling Act of Parliament must therefore be tinkered with to establish Rehabilitation centres preferably along the lines of the six geo-political zones in the country. We advocate that citizens must enjoy a privilege of being taken care of by the state in grave moments like this which if poorly managed completely jeopardises their destinies.

What is your take on NAFDAC’s review of drug registration tariffs and related matters?
One of the most topical issues in the media remains reference to the possibility of an imminent hike in drug prices which might be as high as 100 percent. The PSN Lagos State branch in particular raised the issue at a Lagos Chamber of Commerce and Industry Roundtable where hindrances to running smooth healthcare businesses were evaluated. It is important to appreciate the immediate response of the Governing Council of NAFDAC which suspended the 350 percent raise in the registration of drugs and other regulated products within the purview of NAFDAC. The ACPN believes the NAFDAC Secretariat continues to march on the right path in setting an agenda of excellence in the totality of regulatory process and controls. This success story however can only be boosted when critical stakeholders are on the same page with NAFDAC in the formulation and execution of policies.
The Governing Council of NAFDAC has called for stakeholders’ engagement in the review of drug registration tariffs which is a step in the right direction. We at ACPN strongly urge NAFDAC to make these consultations all-encompassing as usual to include the relevant technical groups of the PSN and of course the PSN as umbrella template for all practitioners of goodwill. This is the time to decisively come to terms of settlement with regards to service and orphan drugs which continue to unsettle a vast majority of ACPN members and those who seek their unavoidable services for wellness. The ACPN proposes that the committee of stakeholders which will be party to reviewing tariffs be made a Standing Committee of the profession/players, this logically will reduce the recurrence of stress junctions in our affairs.
Could you give an update on Presidential Assent of the Pharmacy Council of Nigeria Bill 2017?
History will never forget the sacrificial closure of our premises on the May 7, 2019 to protest the delay in signing the much anticipated Pharmacy Council Bill 2017 which was, as at the time, in the “Bermuda Triangle”. For the first time in history of Nigeria, the Community Pharmacies laid down their tools to speak out for Nigerians. The level of compliance all over the federation, the importance ascribed to it and the seriousness with which ACPN members, including elders, enrolled to implement the resolution of NEC, made one feel nostalgic.
Although the bill is yet to be signed by President Muhammadu Buhari the good news is that the bill has been found, kudos to the chairman of the occasion, Gen. Buba Marwa, for his unrelenting effort in favour of the bill.
Since the commencement of the second term of our dear President Muhammadu Buhari-led administration on May 29, 2019 we have observed that a number of bills from the eighth National Assembly have continued to receive Presidential assent. This is certainly good for the country particularly because we do not need to squander our lean resources on development that would ameliorate our cycle of un-productivity in many regards.
The value chain of drug distribution network is in complete tatters particularly because of the unresolved challenges of fake drugs and drug abuse which continue to impose very substantial morbidity and mortality on consumers of health.
Some of the inherent benefit package of the PCN Bill just for the sake of emphasis in summary is that it redresses poor regulatory control in the affairs of practitioners and the facilities they run by giving specific powers to authorisation to enforce to PCN and its pharmaceutical inspectors.
Second is the streamlining and giving due recognition to all cadres of practitioners within the ambit of PCN. The Satellite Pharmacy concept has the potential of boosting Good Pharmacy Practice (GPP) as Registered Pharmacists who have defined practice experience can offer services to consumers through professional linkages.
Third, the PCN Bill takes cognizance of global best practices by empowering the pharmacy workforce from primary care to tertiary care level. This will help to stem the tide of drug abuse and faking because drug stocks would gradually become the prerogative of trained hands.
The PCN Bill remains a highly sought after treasure that opens all doors of restriction that hitherto confined pharmacy practice to the back doors of monumental failure. We therefore encourage President Muhammadu Buhari to give assent to the PCN Bill in the ultimate public interest.

What are your plans for ACPN projects and the future of Community Pharmacy Practice?
The dream of every Community Pharmacist is to have a Pharmacy that leaps with age; fortified against drought and independent of the owner. As this dream comes to fruition, others emerge, especially that of sustainability of this going concern in the event of the owner’s demise; what happens when life happens, as it certainly will.
When we took off about one year ago we decided on the need for the first ever Community Pharmacy Summit in pursuance of our Trans-generational Community Pharmacy agenda. I am proud to report that we have copies of the proceedings of that very successful summit for our members and indeed posterity at this conference. We have put up requisite structures including Committees to drive the various resolutions at the ACPN Summit 2018.
In the months ahead in apocalyptic terms we shall aspire to deliver in the reflected areas which are not limited to the following; A labelling initiative for Community Pharmacists; Access to genuine drugs as a right of the Nigerian citizens and Regularisation of drug distribution channels.