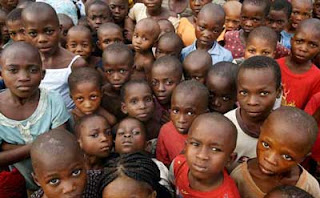 The Lagos State Committee on Food and Nutrition in conjunction with Civil Society Scaling-Up Nutrition in Nigeria (CS-SUNN) have domesticated the National Policy on Food and Nutrition to Lagos specific.
Speaking during the opening remark of the validation meeting of the Lagos State Specific Plan on Food and Nutrition (SSPFN) and State Multi-Sectorial Plan of Action for Nutrition (SMSPAN), Mr Shola Fadorun, representing the State’s Permanent Secretary,  Ministry of Economy Planning and Budget, Abayomi Adebisi Kadiri said malnutrition is a key health challenge in the State.
He said the validated policy will serve as a direction for the execution of programmes and projects that will address nutrition matters in the State.
Kadiri said the main objective of the validation exercise is to cross the‘t’s, dot the ‘I’s and confirm the data referred to in the document, adding that the exercise will address the cross cutting issues among the lines Ministry, Department and Agencies, (MDAs).
Giving further insights, he said that the domesticated policy document is accompanied with strategic five-year costed work plan that will be used as a guide in the execution of Food and Nutrition programmes in the State by harnessing available resources from Government budgets, as well as from development partners to support a harmonized, strategic and costed work plan for effective implementation.
He said malnutrition is widespread in the entire country, although the scale and scope varies between regions and states, adding that it manifests mainly as under nutrition, over nutrition and micronutrient deficiencies.
According to the Permanent Secretary, “reducing malnutrition is an important goal of development, since malnutrition not only slows down development, it directly leads to morbidity and mortality.
A member of the Board of Trustee, CS-SUNN, Dr. Phillipa Momah said the vision of the organization as well as its mission is to mobilize facilities and scale up nutrition across board in the country.
Expressing her gratitude and appreciation to all that made it to the program, Momah said CS-SUNN is looking forward to seeing an improved food security in the country, reduce under nutrition among infants, children and adolescents in the country.
Making his presentation, the Project Manager of CS-SUNN  Mr Sunday Okoronkwo said “every single day, Nigeria loses about 2,300 under five year’s and 145 women of child bearing age. This makes the country the second largest contributor to the under five and maternity mortality rate and the cause is malnutrition.”
Okoronkwo added that those children who survive malnutrition often become stunted. Stunting is the major indicator used to measure childhood malnutrition.   Malnutrition comes in different form.
“Stunting: too short for the age (chronic malnutrition).Wasting: too thin for their age (Acute malnutrition). Obesity: overweight.

“The trend of nutritional indices from 1990 to 2015. Stunting reduced from 43 percent to 33 percent. Wasting from 9 percent to 7 percent, Underweight from 36 percent to 19 percent. Exclusive Breast Feeding (EBF) increased from 2 percent to 25 percent, which is an improvement but the target is 100 percent.
“When a child don’t get the required EBF, that child will be malnourished when compared to a child that has 100 percent EBF”, Okoronkwo explained.
He further said that a child with stunted growth will not be able to achieve potentials, adding that in Lagos State, wasting is now a serious issue and something need to be done stressing that the basic causes of malnutrition include: economic structure, lack of food, inadequate care for children, insufficient health service and unhealthy environment, diseases which can lead to malnutrition.
CS-SUNN’s Project Manager said that some of the causes are interconnected and the fight against malnutrition is a fight for all, hence all need to invest to prevent under nutrition, build human capital, boost shared prosperity and improve health outcomes.
He added that there is need for team work as the team movement recognizes this fact and also individual support are needed.
He stated that, “the policy of malnutrition was launched in 2013 and it is a key challenge in Lagos state. The guiding principle of the State policy for food and nutrition include is reduction of malnutrition through SUN activities with high impact and low cost intervention, recognition of nutrition as a developmental issue and incorporating food and nutrition consideration into development plans at all levels of government amongst others.
“The strategic objective includes reducing micronutrient deficiency disorder in the country.  Our target is to reduce the proportion of people who suffer hunger and malnutrition by 50 percent by 2025.”
The Lagos State Team Lead of Alive and Thrive, Dr Uche Ralph- Opara commended the partnership and support  of all stakeholders, with hope that the team can translate the plans to action in order to achieve a great Nigeria.