With 15 years of service, Bola Adeniran, the Chairman, Pharmaceutical Society of Nigeria (PSN), Lagos State Branch, is a seasoned pharmacist who has served PSN in various capacities including, past Vice Chairman, Secretary, Social Secretary, Unofficial Member of the Executive Committee at the State level.  In this interview with CHIOMA UMEHA ahead of the March 14, 2019 Annual General Meeting (AGM) of the branch, the Adeniran examines contemporary issues in the health sector with particular reference to pharmacy. Excerpts:

The assent of the Pharmacy Council of Nigeria (PCN) Bill appears to be a dominant issue in your sector in recent times, why is this bill so important?

Pharmacy is a unique profession compared to many careers as it goes beyond service provision to being a commercial venture which involves a special commodity, drugs.
Often, once you identify yourself as a pharmacist in Nigeria, the most likely question that follows is, what are you people doing about fake drugs? The modern day sobriquet as rationalised by WHO brands fake drugs as falsified medicines. Whichever nomenclature you choose to call it, this is an issue that constitutes huge public health menace to all consumers of health.
There is also the dimension of drug abuse and misuse which is seriously ravaging our youths, even women especially in Northern Nigeria today.
Critical evaluation has confirmed that the challenges of growing incidences of fake drug and drug abuse are due to extreme poor management of the drug distribution channels.
This is exactly what the PCN Bill seeks to redress. It is probably the most important piece of pharmacy legislation in recent times.
For the records, there are many benefits to be derived from a speedy assent of the PCN Bill by President Muhammadu Buhari. First, the new Pharmacy Council Bill is consistent with pharmacy regulatory laws in other Commonwealth Countries.
Second, the PCN Bill has provisions to improve access to quality, effective and affordable medicines, which is a cardinal responsibility of every government to her citizens. This is also the main goal of the National Drug Policy, 2005.
Next, it makes explicit provisions on the prohibition of sale of drugs in unauthorised places as provided for in the National Drug Distribution Guidelines (NDDG). This will further strengthen the fight against drug abuse.
Also, the Bill has addressed gaps inherent in the current law which are being exploited to institute litigation against the Minister of Health and PCN to restrain government from regulating illegal sales of drug by unlicensed persons and premises.
Further, the bill stipulates stiffer penalties for offenders to serve as deterrent.
It also strengthened professional discipline for the pharmacists and is all-encompassing and had brought all players in the pharmaceutical sector under proper regulation.
Conclusively, it will protect and promote public health.
The monitoring and control procedures in the regulation of pharmaceutical still appear inadequate given the huge number of unlicensed premises. How do we redress this unwholesome development?
I am glad you appear to have a grasp of the challenges. In Nigeria today, we have barely 6,000 registered pharmaceutical premises in retail, distribution, importation and manufacturing cadres. In the patent and proprietary medicines vendors licence (PPMVL) holders segment there are probably less than 20,000 players.
As far back as 2002, the PSN, Lagos State Branch had alerted the government over a million unlicensed pharma premises in the erstwhile 20 Local Government Areas in Lagos State. This was a time Lagos had just 800 licensed premises. So if the ratio in Nigeria’s Centre of Excellence was 1:112 in favour of unlicensed premises 18 years ago, you can imagine the dangerous implications. The situation poses many questions.
If the most cosmopolitan state had such preponderance of unlawful premises, what will be the situation in the far North territories which are not under more serious regulatory searchlight? What is the number of registered premises in each state of the Federation? The last time I checked Jigawa and Yobe states each had less than five premises respectively.
In the face of these challenges, how do we modulate the perennial problem of easy access to drugs in Nigeria? I must say that the PCN continues to make some strides. Recently, the Office of Head of Service of the Federation approved new manning levels for the inspectorate department at PCN which is a major boost in the quest to ensure better monitoring and control of pharmaceutical premises in Nigeria.
The Satellite Pharmacy concept entrenched in the PCN Bill will consolidate and validate credible professional services by registered pharmacists in very substantial as well as potentially impactful number in Nigeria. For once the PCN would be able to function as a regulatory agency with full complement of statutory powers to rescue the ailing drug distribution channels.
Mr. President needs to help the health system by responding to the will of the stakeholders in the pharmaceutical sector by assenting to the PCN Bill which has the propensities to fast track a new cycle of productivity in the totality of pharmacy practice as well as specifically the monitoring and control procedures in pharmaceutical premises in Nigeria.
The health sector is becoming notorious for disruptions and strikes detrimental to public health. What is the way out of this mess?
Perhaps, I should start by congratulating President Muhammadu Buhari on his re-election as President on behalf of our teeming membership in Lagos State which accounts for over 45 per cent of the total membership of pharmacists in Nigeria. 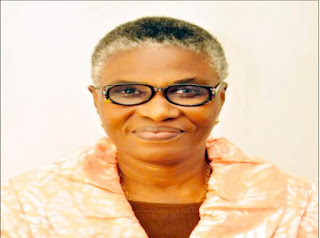 In his first tenure, Mr. President repeated the dreadful error first committed by erstwhile President Goodluck Jonathan by appointing the two Ministers in Charge of the Federal Ministry of Health (FMOH) from one profession.
The Health Sector is a multi-disciplinary sector comprising an array of high profile professionals. Other appointments in Federal Health Institutions (FHIs), National Health Insurance Scheme (NHIS), National Primary Healthcare Agency (NPHCA), National AIDS Control Agency (NACA) and others are all unduly skewed in favour of the medical profession. The tragedy inherent in the output of the incumbent leadership of the FMOH is too grave to ignore. It is on record that it is the most insensitive, wicked and despicable administration in the annals of FMOH.
The minister openly became spokesman of NMA, violated the rights and denied other health workers their welfare packages including salaries when on strike, despite court orders and valid Memorandum of Understandings (MOUs) with the trade union in the Health Sector.
The liability created by the ministers in charge of FMOH for this government was enormous, but for the goodwill enjoyed by Buhari all would probably have been lost.
Can you imagine Prof. Adewole inaugurated the Medical and Dental Council of Nigeria (MDCN), but refused to do same with PCN, Nursing and Midwifery Council of Nigeria and Medical Laboratory Science Council of Nigeria? It was most shameful that the leadership of FMOH could not pretend or disguise its obvious bias for a chosen and favoured profession.
The way forward therefore is for President Buhari to right the wrongs in the health sector by appointing a seasoned administrator in charge of the FMOH; otherwise, it would continue to be a volatile sector. For the records, in the Obasanjo era, Prof. Eyitayo Lambo, a health economist, was in charge of the FMOH for almost five of the eight years with remarkable success.
President Buhari must support comprehensive reforms which would liberalise all the myriad of health professions in line with global best practices. This can be practically demonstrated through the President’s support for Federal Medical Centres Bill which opens the space in the Healthcare for the first time.
What is your take on Joint Health Sector Union (JOHESU) agitations for adjustment of CONHESS salary scale?
Of course, it is a struggle grounded in fair play and justice. You are aware of the MoUs in respect of CONHESS and the salient conditionality that once you adjust any of the scale it becomes imperative to do same with the other.
Today, apart from the antagonism of Adewole-led FMOH, another medical doctor, Dr. Chris Ngige who ideally is the Chief Conciliator on labour matters in Nigeria remains another stumbling block in the quest for fulfillment in the JOHESU agitations.
Let me say with a deep conviction that after following the recent national and zonal rallies of Health workers under the auspices of JOHESU, I have no doubt that danger and uncertainty would continue to loom over the health sector. The dark clouds that have gathered in our sector can be dealt a decisive blow by President Buhari only through the appointment of a sound manager of cognate experience in charge of the FMOH.
I have continued to evaluate the Secretariat of PSN, Lagos State Branch, in terms of amenities and physical expansion compared to what it was a few years ago. How did you manage it?
We must thank God for His provisions and mercies. Our Exco has completed the second phase of the Secretariat which the Anthony Oyawole leadership started in 2008. We bought a befitting bus last year which cost us some modest tens of millions of Naira. We have also improved on our I.T. gadgetry and boosted our power supply capacity with new generating sets.
Our progress is due to our very supportive membership and, of course, our ever dependable Board of Trustees of the branch.  To His glory, we have a fully functional Secretariat and in a few weeks, we should be able to dedicate a wing of the facility to events management.