It is nearly one year since the United Nations Office on Drugs and Crime (UNODC) called on the Nigerian government to arrest the increasingly widespread use of pharmaceutical drugs among the country’s youths, in which time it is expected to have strengthened existing legal framework to bring the menace under control.
The expectation became rife barely one month ago with the subsequent release of the National Drug Use Survey in Abuja, which provided a snapshot of the ongoing opioid epidemic and mental health update across the country.
Specifically, the survey found that the number of drug users in Nigeria which is estimated at 14.4 per cent or 14.3 million people aged between 15 and 64 years. The data suggests that the prevalence of past year drug use in Nigeria is more than twice the global average of 5.6 per cent.
It is not therefore surprising that the Association of Community Pharmacists of Nigeria (ACPN) has sent an urgent plea to the Federal Government to facilitate the assent of Pharmacy Council of Nigeria Bill which it said would address health concerns with regards to the increasing challenges of drug abuse and misuse in the country.
Pharm. Samuel Adekola, the ACPN National Chairman, and Pharm. (Mrs.) Abosede Idowu, the National Secretary, who made the plea on behalf of the association in a statement lamented that the development obviously further complicates the perennial woes of fake as well as falsified drugs in the country, adding that it naturally should bother all promoters of good pharmacy practice in Nigeria.
Pharm. Adekola said, “We as part of a global community will continue to collaborate and strategise along the lines of global best practices particularly with alliance partners including International Pharmaceutical Federation (FIP), World Health Organisation (WHO), African Pharmaceutical Forum (APF) and the West African Postgraduate College of Pharmacists (WAPCP) to clamour for standards and ideals that would ultimately boost consumerism as well as professionalism in Nigeria.”
For emphasis, he said the bill should be assented to for a number of reasons which include that the Pharmacy Council of Nigeria (PCN) Bill 2017 is very consistent with similar laws in the Commonwealth League of Nations, where regulatory laws and statutes have become very sacred in keeping pace with the norms and ethos of public health.
He gave examples of such pharmacy regulatory laws in some Commonwealth nations comprising General Pharmaceutical Council of Great Britain, Pharmacy Council of Ghana, Tanzania, Kenya, South Africa. Others are National Association of Boards of Pharmacy in United States of America (a wholly Government owned pharmacy regulatory body) and Pharmacy Council of Canada, among others.
“It is a statement of fact that many less endowed African nations have today polished their pharmacy laws to meet global best practices such that the terminal consequences of poor statutes, weak enforcement, and so on which engender easy access to drugs to promote the vicious cycle of drug abuse and misuse, falsified drug syndrome etc are gradually being eliminated in these climes. This is the same purpose the new Pharmacy Council Bill is intended to achieve,” he stated.
Pharm. Adekola explained that one of the philosophies of the National Drug Policy 2005 is to guarantee that Nigerians have access to safe, efficacious and affordable medicines.
“This is a cardinal responsibility of every government to its citizenry. One of the major benefit packages of PCN Bill is that it opens a unique window of competence-driven service rendition at all levels. The new Satellite Pharmacy concept gives us the prospects of additional pharmaceutical premises in hundreds of thousands range manned by registered pharmacist,” he said.
Furthermore, he explained that the Bill provides that any pharmacist who has over 10 years post-qualification experience can own a satellite pharmacy not withstanding his primary practice option.
“What this does is that professional service points in pharmacy will increase from about 5,000 we currently have to over 100,000 in Nigeria. These satellite Pharmacies in turn have mandate to provide oversight in a manner of hub and spoke model over the Patent and Proprietary Medicines Vendors thereby improving their regulation.
“The enforcement of sales of medicines in only registered pharmacies and patent medicines stores by the PCN is the only way to permanently redress the menace of drug abuse and falsified drug syndrome in Nigeria. This has been prescribed by the Poison and Pharmacy Act,” he said.
Adekola said that the PCN Bill 2017 clearly prohibits sale of drugs in authorised places such as open drug markets, this in essence is in tandem with the National Drug Distribution Guidelines (NDDG) which is the official government tool structured to impose decorum in the unwieldy drug distribution channels which Nigeria currently contends with. He added; “Today as it stands government moves to replace the unlawful open market structures with Coordinated Wholesale Centers (CWC) need to be grounded in lawful templates which the PCN bill guarantees.”
He said that the responsibilities of the critical stakeholders and in particular regulators like PCN, NAFDAC, NDLEA as well as police would automatically be enhanced once all the necessary reforms are formalised.
Pharm. (Mrs.) Abosede Idowu on her part explained that the Pharmacy Laws are laced with very substantial antiquity because the first Pharmacy Ordinance was enacted in 1887. This, she said, had been tinkered with severally through a series of metamorphosis in evolving Acts till the modern day variants like the PCN Cap 17 LFN 2004 and the PPA Cap 535 LFN 1990.
“The consequences of these acts of negligence remain the vulnerability of the PCN and Federal Government and the Honorable Minister of Health to unending litigations which reduces the efficiency of the PCN in carrying out its statutory mandate.
“The PCN bill in question has also removed all ambiguities with regards to offences and relevant commensurate sanctions applicable to all players. This is particularly significant because owners of unregistered premises, those who sell products they are not legally licensed to sell and those who violate the condition precedence attached to their licensure will better appreciate the consequences of their unlawful endeavors and acts,” she explained. 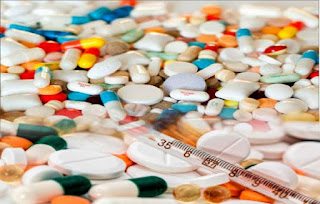 Idowu contended that flowing directly from the foregoing the PCN Bill particularly compels pharmacists to show more responsibility in their professional practice, adding that the need for discipline is showcased at greater heights because the Disciplinary Tribunal is geared towards wielding the big stick on erring pharmacists and pharmaceutical premises in the best interest of consumers of health.
“The PCN bill also has the unique feature of unhindered empowerment as all professionals and their cadres of practice are registered as distinct legal entities. The PCN bill will therefore feature for public consumption a gazette of registered pharmacists, pharmacy technicians, registered retail, wholesale, importation, manufacturing, CWC and satellite pharmacies. The peculiar registration format would also highlight all patent and proprietary medicines vendors licence holders in Nigeria for proper scrutiny,” she explained.
According to the ACPN Secretary, the PCN Bill has also taken care of effective management of resources by presenting a robust yet broad spectrum structure that can work maximally in the interest of the pharma-sector to enhance service delivery at all times.
Finally, the Association of Community Pharmacists of Nigeria appealed to the Federal Government to heed this clarion call to engender a new agenda of productivity, professionalism, self-sufficiency in local production and regulatory excellence in the pharma-sector.
The association reasoned  that the achievements would change the narratives and place the pharma-sector in good stead to contribute to National Gross Domestic Products (GDP).